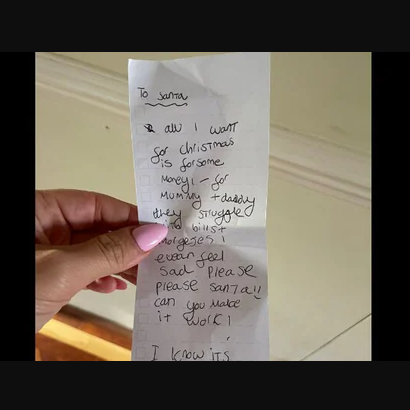 This heartwarming story of an 8-year-old girl from India shows the power of faith and hope. The girl, who is battling cancer, wrote a letter to Santa asking him to help her parents with money as they have been struggling financially. Her letter, which was shared on social media, has touched the hearts of people around the world. The girl's parents, who are both daily wage earners, have been unable to make ends meet due to her illness. Her letter prompted a kind response from the public, with people donating money to help the family. This story highlights the need for us to extend our support to those in need during these difficult times. Source: Hindustan Times