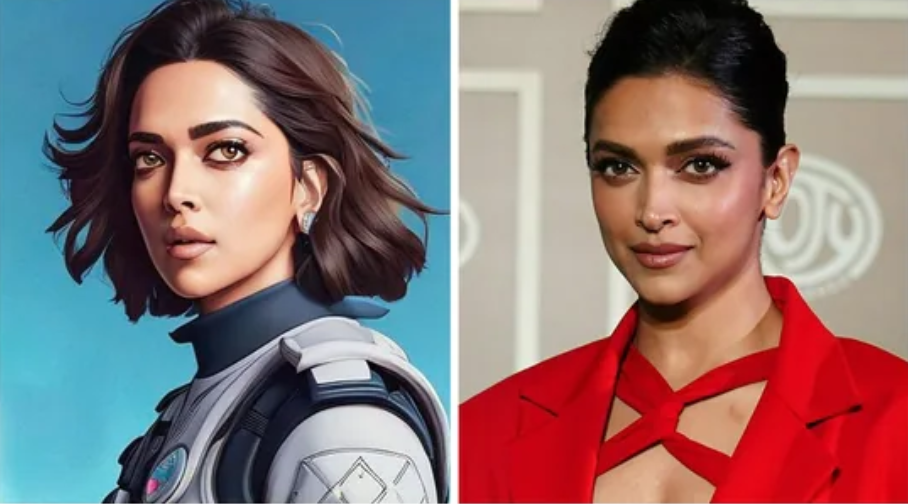 Deepika Padukone took to Instagram to share some pictures of hers featuring AI-generated avatars of the actor. Going by the pics, fans urged her to work in a sci-fi film next. The Lensa AI art trend, which has been taking Instagram by storm, seems to have reached Deepika Padukone as well. On Sunday night, the actor shared a few pictures of her AI-generated avatars on social media, which were liked by the fans. Her unique and new looks prompted fans to suggest she use some of those looks for her future projects, with many urging her to explore the sci-fi genre next. Also read: Deepika Padukone makes a splash in golden monokini in first Pathaan song On Sunday, Deepika shared a carousel post on her Instagram featuring a bunch of her avatars created using the popular Lensa app. “Il have them all…Thanks! Which one’s your favourite?! *sic),” she captioned ths post. The first pic featured her wearing a floral headband with flowers and leaves all around her and the fourth was a more elaborate version of the same with Deepika wearing a big headgear made of flowers. The third pic, a black and white pencil sketch, again had the actor adorning a crown and an elaborate neckpiece as she looked straight into the camera. The second pic was what caught the eye of most people. It had Deepika, with her hair cut short, wearing a blue and white space suit and looking straight ahead. She looked some kind of a futuristic astronaut in the picture. The pictures were crested using the Lensa app, a program that uses artificial intelligence (AI) to generate unique avatars for users. One of her fans wrote, “A goddess in every form.” Another comment read, “Future you feels like you need to do a SciFi film next!” Source - Hindustan Times