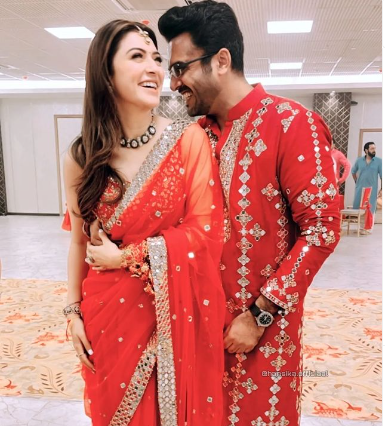 Koi... Mil Gaya actress Hansika Motwani, who got engaged in Paris earlier this month, started trending big time after pictures from her pre-wedding festivities started circulating on social media. For the ceremony, the bride-to-be picked a red saree. She shared pictures from the dreamy moment on her Instagram profile and she wrote: "Now and forever." In terms of work, Hansika Motwani has acted in Hindi, Tamil, Telugu, Malayalam and Kannada films. She made her debut as an actor with the 2001 television show Des Mein Niklla Hoga Chand and became a household name for her performance in the popular kids fantasy show Shaka Laka Boom Boom, which also aired in the same year. Source - NDTV #hansikamotwani #prewedding #loveisintheair