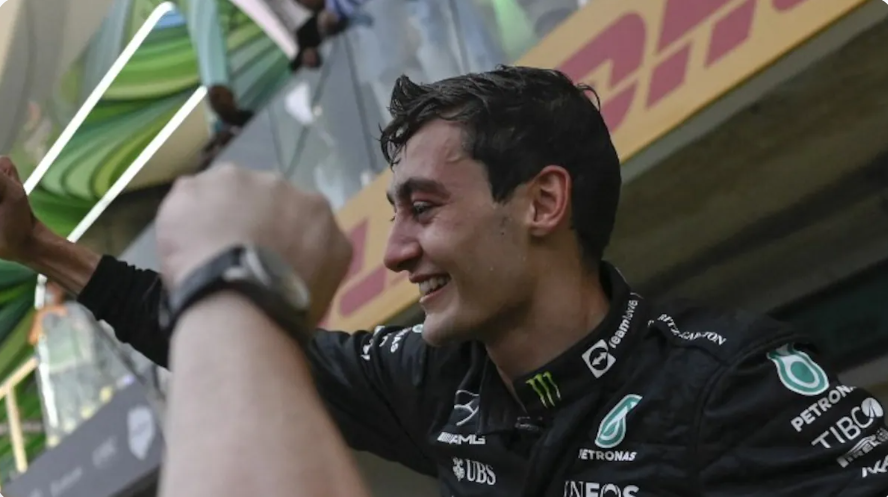 George Russell powered to his maiden Grand Prix victory ahead of team-mate Lewis Hamilton on Sunday as Mercedes ended their barren run with a triumphant one-two at the Sao Paulo Grand Prix. Russell, who had taken the p[ole for the main race by winning Saturday's sprint, making a near-perfect start, followed by Hamilton. - 'Closed the door' - "Where did they expect me to go?" Norris was also handed a five-second penalty. Promoted Sainz took his chance and pitted for soft tires, leaving the two Mercedes ahead of Perez before a full Safety Car was signalled, reducing Russell's 11-second cushion. Russell asked as his team-mate rose to second setting up a potential victory duel between the 'silver arrows'. " Source - NDTV #georgerussell #formulaone