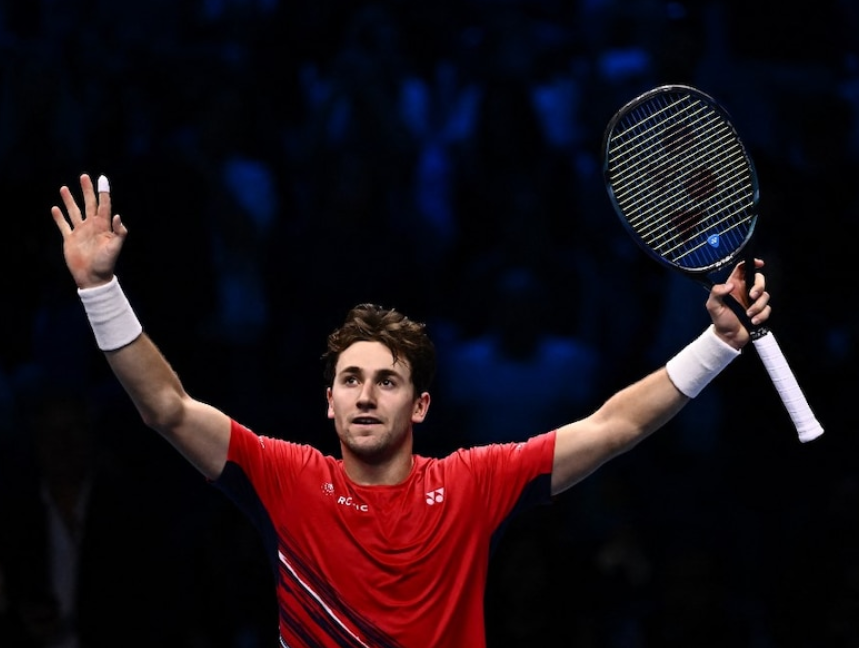 Casper Ruud got his ATP Finals off to a winning start on Sunday with a straight-sets victory over Felix Auger-Alissime, 7-6 (7/4), 6-4. World number four Ruud leads the Green Group in Turin ahead of Sunday's late match between Rafael Nadal and American Taylor Fritz. Norwegian Ruud came through an uninspiring encounter in one hour and 51 minutes after claiming his one and only chance to break Auger-Alissime's serve in game seven of the second set. This season's Roland Garros and US Open finalist then served out the rest of the set to claim the win. Source - NDTV #tennis