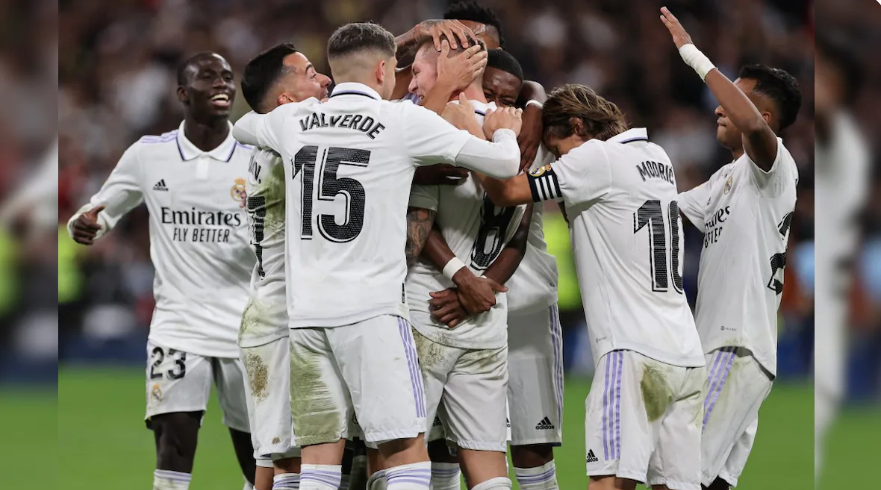 Toni Kroos scored an impressive volley as Real Madrid beat Cadiz 2-1 to cut the gap on La Liga leaders Barcelona to two points on Thursday. The match threatened to turn ugly at times, with Cadiz repeatedly fouling Madrid winger Vinicius Junior, but Madrid got the points they needed thanks to Eder Militao's header and then Kroos's stunning strike. The only other action in the first half came in the form of a bout of pushing and shoving between both teams, with Vinicius squaring up to defender Fali, who had hit Rodrygo with his arm off the ball. "I don't think it's (just) an incident, he did it on purpose, he looked at me and he hit me," Rodrygo told DAZN. Promoted Rayo Vallecano drew 0-0 at home against Celta Vigo. Source - NDTV #football