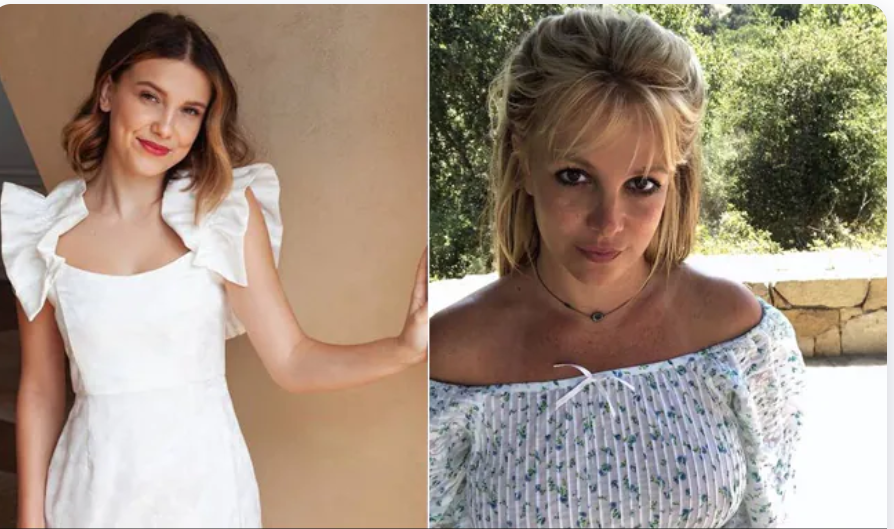 Millie Bobby Brown(L), Britney Spears (R).(courtesy: britneyspears) Stranger Things star Millie Bobby Brown appeared as a guest on The Drew Barrymore Show, where she stated that she would like to play Britney Spears in the singer's biopic. " Although it's pretty f****** clear they preferred me dead... I guess my family is going to lock their doors now." I see the scramble for words and I don't know her, but when I look at pictures of her, I feel like I could tell her story in the right way and hers only." She has been a part of films like Godzilla vs Kong and the Enola Holmes series. A Los Angeles judge in November 2021 dissolved the conservatorship long overseen by the singer's father. Source - NDTV #britneyspears