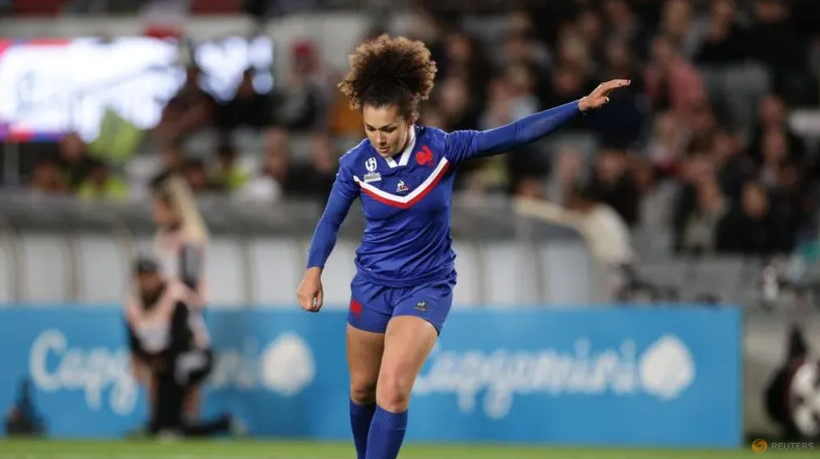 France flyhalf Caroline Drouin missed a last-gasp penalty as defending champions New Zealand claimed a 25-24 classic at Eden Park on Saturday and set up a blockbuster women's Rugby World Cup final against England. Down 17-10 at halftime, the hosts charged into the lead through tries to Ruby Tui and Theresa Fitzpatrick and were well placed as France went a woman down with a yellow card for loose forward Safi N'Diaye for another high tackle in the 70th minute. But Drouin's late miss sealed their fate. "We should have been better all the game, we should have been better in defence." New Zealand, winners of five of the last six World Cups, meet England in a repeat of the last final in 2017. "I thought it was gone, but it wasn't gone. Source: CNA #NewZealand