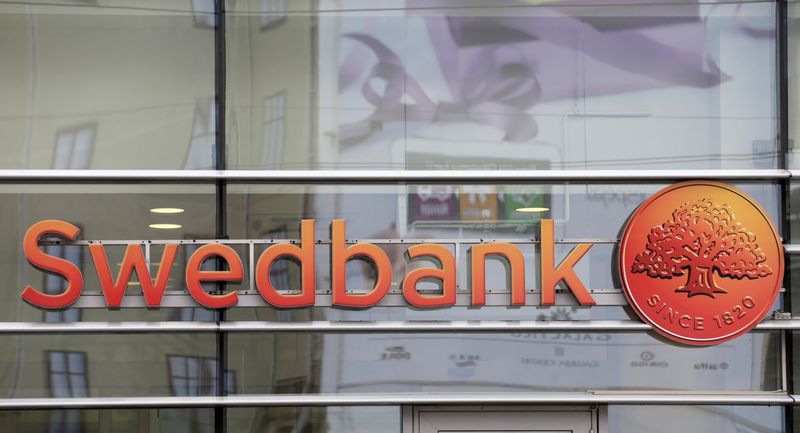 STOCKHOLM (Reuters) - Swedbank on Thursday reported a better-than-expected operating profit for the third quarter, underpinned by strong income from mortgages. The Swedish bank said in a statement its quarterly operating profit rose 24% to 8.70 billion crowns ($801 million) from 7.03 billion crowns posted last year, beating the 7.19 billion crowns seen by analysts in a Refinitiv poll. Soaring inflation, fuelled in part by the Russia-Ukraine crisis, has seen central banks rapidly hiking rates, lifting interest income at Swedish banks but also squeezing households and businesses and depressing stock markets, potentially driving a rise in loan losses in the coming quarters. Swedbank, a rival of banks such as Handelsbanken, SEB and Nordea, said its interest income, which includes revenue from mortgages, rose to 8.36 billion crowns from 6.79 billion crowns a year ago and above the 7.56 billion analysts had forecast. Commission income fell to 3.63 billion crowns from 3.80 billion crowns last year, beating the 3.53 billion seen by analysts. Source: Investing.com #Swedbank