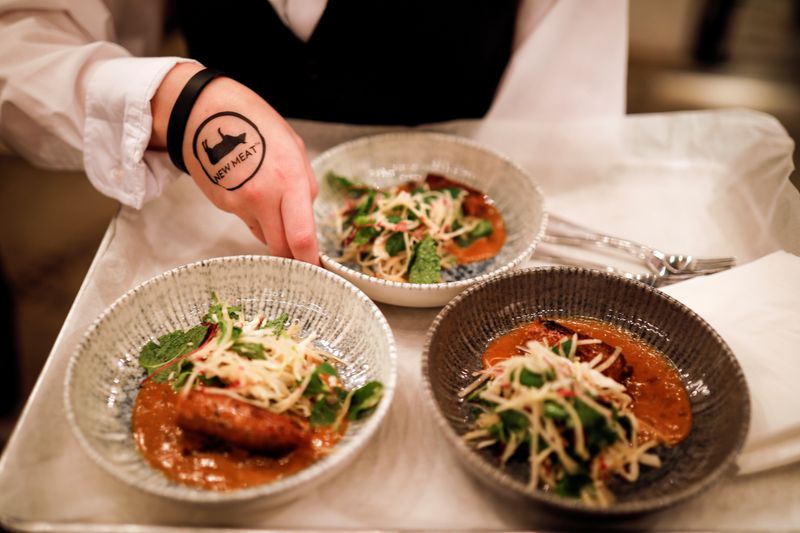 The start-up, which raised $170 million in a series A financing round this year, operates large-scale meat printers at its Rehovot headquarters south of Tel Aviv, and a new factory in the Netherlands, hoping to establish its products as an alternative to conventionally produced meat. U.S.-based Beyond Meat (NASDAQ: ) has cut its sales outlook, although food giant Nestle, less exposed to quick-service restaurants, said consumer interest for its plant-based meat alternatives was still strong. Redefine Meat, which makes its products from ingredients including soy and pea proteins, chickpeas, beetroot, nutritional yeasts and coconut fat, has ambitious plans. "Our product is meat, it has the same attributes, it is just manufactured in a different way," Co-founder and Chief Executive Eshchar Ben-Shitrit told Reuters, adding that production capacity would reach more than 15 tonnes a day this year. Ben-Shitrit said Redefine Meat was launching tenderloin and striploin steaks and their adoption by chefs in expensive restaurants proved their quality. With Giraudi's help, it will launch its products at restaurants and butchers in France this month, then in Italy, Greece and Sweden later this year, and in dozens more countries next year. Source: Investing.com