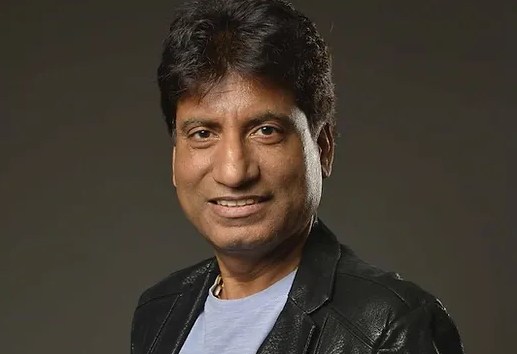 Actor Raju Srivastava breathed his last at the age of 58 on Wednesday at AIIMS Delhi after suffering a heart attack on August 10. Raju, who gained critical acclaim when he appeared in the first season of the comedy show "The Great Indian Laughter Challenge" in 2005, has been in the Indian entertainment industry since the late 1980s. Satya Prakash Srivastava was born on December 25, 1963 in a middle class family in Kanpur, Uttar Pradesh, his father Ramesh Chandra Srivastava was a poet known as Balai Kaka. Since his childhood, Raju was interested in modeling, so he wanted to become an actor. After completing his primary education in Kanpur, Raju moved to Mumbai with the dream of becoming an actor. He started his career doing small roles in Bollywood movies. His first role was in the 1998 film 'Tezaab', which was followed by the 1989 Salman Khan starrer 'Maine Pyaar Kiya' and 'Baazigar' in 1993. Apart from these, he also worked in 'Aamdani Atthani Kharcha Rupaiyaa', 'Main Prem Ki Diwani Hoon', 'Big Brother' and 'Bombay to Goa' among many other films. On July 1, 1993, Raju married Shikha of Lucknow and the duo had two children, Antara and Ayushman. Raju then decided to venture into stand-up comedy to participate as a contestant in Star One's show "The Great Indian Laughter Challenge" in 2005, where his acting got a new boost. He reached the first runner-up position of the film. During his time with the film and even after that, Raju, who is best known for his analysis and comic timing on various aspects of Indian life, became famous for his counterpart 'Gajodhar Bhaiya' . Finally, he also participated in the show, "The Great Indian Laughter Challenge - Champions", where he won the title of "King of Comedy". Source: Mid-Day #RajuSrivastava