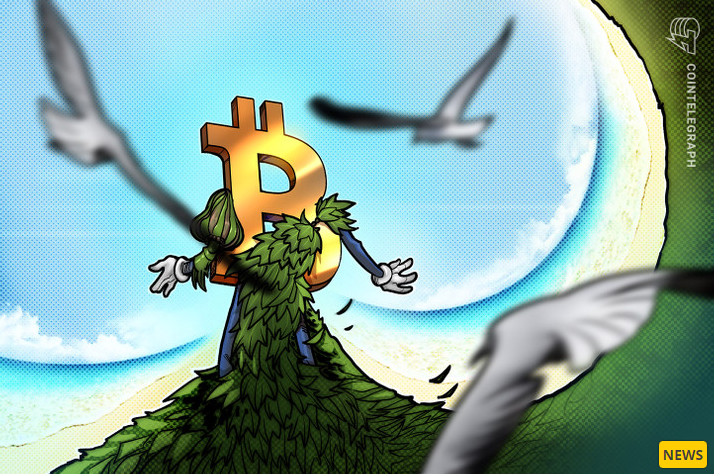 Transitioning the Ethereum blockchain from proof-of-work to proof-of-stake has reduced its energy usage by more than 99% — and many climate activists have called for Bitcoin to follow suit. In a Thursday notice following the Merge, the United States-based Environmental Working Group, or EWG, announced it would be starting a $1-million campaign aimed at urging Bitcoin (BTC) to go green as opposed to using an “outdated protocol” like PoW. The announcement came amid environmental activity group Greenpeace launching a petition directly at Fidelity Investments to facilitate the transition to PoS. “Other cryptocurrency protocols have operated on efficient consensus mechanisms for years,” said Michael Brune, director of the EWG campaign. “Bitcoin has become the outlier, defiantly refusing to accept its climate responsibility.” Speaking to Cointelegraph, EWG senior vice president of government affairs Scott Faber suggested the Merge event was generally “good for the climate” in reducing the energy requirements for the Ethereum blockchain. He cited a September report from the White House Office of Science and Technology Policy that concluded that cryptocurrencies — specifically noting PoW staking — significantly contributed to energy usage and greenhouse gas emissions, using more power in the United States than that for home computers. “The Merge proves that changing the code is possible,” said Faber. “The Merge proves that digital assets that rely on proof-of-work can change to proof-of-stake and use far less electricity [...] We’re hopeful that the Bitcoin community will follow Ethereum’s lead.” Faber added that he would support any efforts by the White House to set energy standards affecting crypto miners, saying regulators “should not stand by and hope for the best” but needed to take action “quickly” given the climate crisis: “We’re agnostic. We support cryptocurrency. We’re not opposed to digital assets, but we are concerned about the rising electricity use associated with assets that rely on proof-of-work, and the climate pollution that is inevitably the result of more and more electricity use.” Some industry leaders have pushed back against moving the Bitcoin blockchain to PoS, citing reasons like security, the impact on the network’s decentralization and how coins would be treated by U.S. regulators. In a Wednesday blog post, MicroStrategy co-founder Michael Saylor claimed PoW was the “only proven technique for creating a digital commodity” like Bitcoin and suggested the total global energy usage of the cryptocurrency was a “rounding error” that was “neither the problem nor the solution” to solving the climate crisis. Source: Cointelegraph #Bitcoin