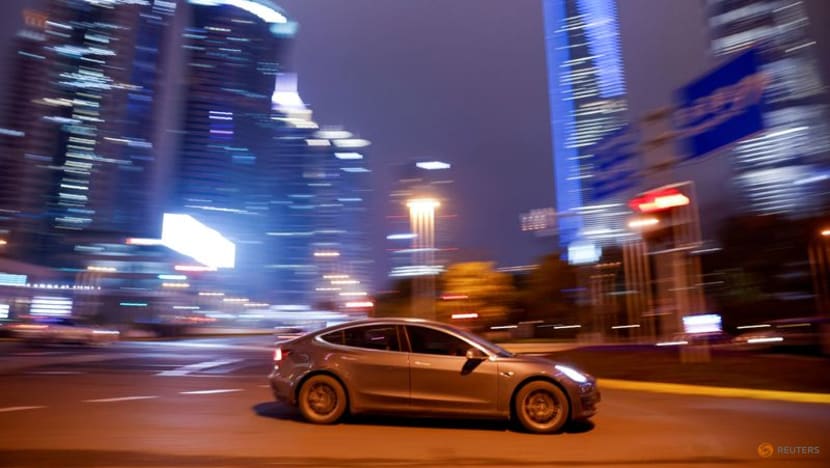 SHANGHAI: Tesla is reevaluating the way it sells electric cars in China, its second-largest market, and considering closing some showrooms in flashy malls in cities like Beijing where traffic plunged during COVID restrictions, two people with knowledge of the plans said. The shift would put more emphasis on stores in less-costly suburban locations that can also provide repairs as the company works to meet Elon Musk's goal of improving service for existing customers, many of whom have complained of long delays, they said. As part of that push, Tesla is looking to ramp up hiring of technicians and other staff for service jobs in China, one of the people said. Tesla's China recruitment website showed more than 300 openings for service jobs as of Thursday (Sep 15). Musk said last week on Twitter, in response to a Tesla owner in Texas who complained that he had been waiting a month to get his vehicle fixed, that he had made "advancing Tesla service to make it awesome" a top priority. Unlike mainstream automakers, Tesla owns all of its own stores, rather than relying on dealers. It also sells its cars online. That has allowed it more leeway to adjust a retail strategy that had been initially modeled on Apple's stores. Tesla didn't immediately response to a request for comment. The US automaker sold 400,000 China-made Model 3 and Model Y cars in the first eight months of the year, with 60 per cent of them sold locally, according to the China Passenger Car Association. That was 67 per cent more than a year ago. The change in Tesla's approach in China, where it has become the second-largest EV brand behind BYD, would reflect a recognition that it has to build customer loyalty now that it has established its brand in the world's largest car market, one analyst said. Source: CNA #Tesla