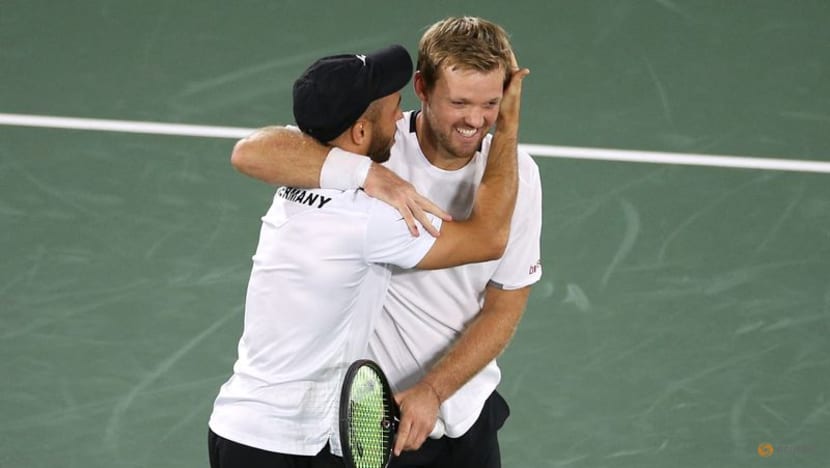 Germany grabbed their first Davis Cup victory over France since 1938 when Kevin Krawietz and Tim Puetz won the deciding doubles rubber in a tiebreaker in Hamburg on Wednesday (Sep 14). The duo defeated Nicolas Mahut and Arthur Rinderknech 6-2 3-6 7-6(1) to secure a 2-1 win in their opening Group C tie. Australia beat Belgium 3-0 in the group's other tie. Two teams from each of the four groups will advance to the knockout rounds in Malaga from Nov 22-27. Germany had lost their previous eight meetings against France and captain Michael Kohlmann was pleased to make "positive history" after their first win over them in 84 years. "Today was like a roller-coaster, but in the end it's a big win. It is huge for us", he added. "I had that question so many times about how many years it is since Germany beat France. I know the numbers and the years were always getting more and more. "But now we can close this chapter and look forward." With world number five Alexander Zverev pulling out at the last minute due to injury, Jan-Lennard Struff gave Germany a 1-0 lead in the opening singles by beating Benjamin Bonzi 6-4 2-6 7-5. But France's Adrian Mannarino levelled the tie with a 6-4 6-3 victory over Oscar Otte. Source: CNA #Germany