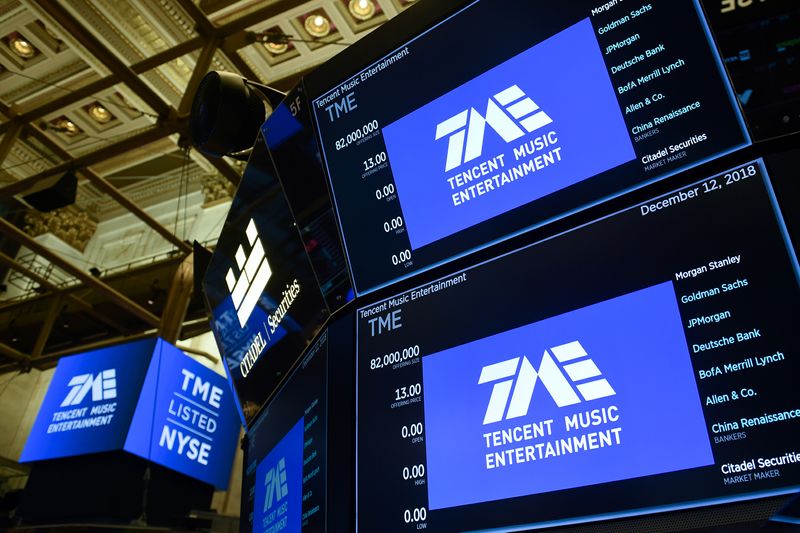 Tencent Music opts for Hong Kong listing by introduction, to debut next week

By Scott Murdoch HONG KONG (Reuters) - China's Tencent Music Entertainment Group (NYSE:TME) said its shares are due to start trading in Hong Kong next Wednesday after the company carries out a secondary listing by introduction. The company said New York will remain its primary listing venue and the company's U.S. and Hong Kong stock will be fully fungible. Its Hong Kong shares will trade under the stock code 1698.HK Tencent Music becomes the latest in a string of U.S-listed Chinese firms to opt for a second listing in Hong Kong to offset the threat of being delisted in New York due to a bilateral dispute between Washington and Beijing over access to auditing papers. The two sides recently struck a deal to end the decade-long stand off and U.S. officials are due to arrive in Hong Kong shortly to start reviewing U.S.-listed Chinese companies. While some U.S-listed Chinese companies have chosen to raise new capital with their Hong Kong debuts, others including Nio (NYSE:NIO) Inc have gone with a listing by introduction in which no new capital is raised or new shares are issued. Tencent Music reported in August that its music subscription revenue rose 18% in the second quarter ended June 30. Hurt by negative sentiment towards Chinese tech stocks amid a regulatory crackdown on the sector, its shares have slid 30% so far this year, giving the company a market value of $8.1 billion. Source: Investing.com #Tencent