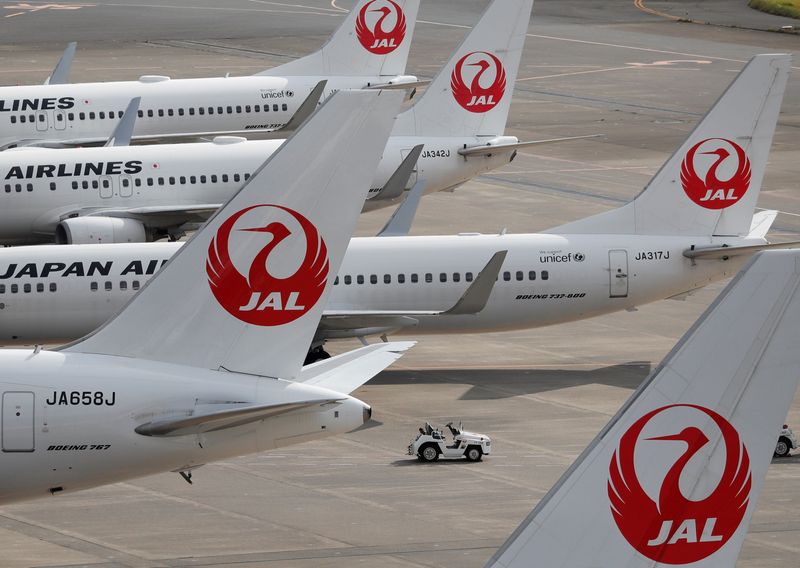 SYDNEY (Reuters) -Japan Airlines Co Ltd (JAL) is operating at 65% of its pre-pandemic international capacity, although COVID-19 curbs are limiting demand to just about 40% of pre-pandemic levels, an airline executive said on Tuesday. In the domestic market, the airline is operating at 100% of its pre-pandemic capacity, though demand is about 80% of corresponding levels, said Akihide Yoguchi, JAL's vice president of strategy research for the Asia Oceania region. "Demand for domestic has recovered faster than international, like many other markets," he said at a CAPA Centre for Aviation conference. Japan's international travel demand has been hampered by the need for tourists to obtain visas and travel agency bookings as well a daily cap on inbound traveller numbers. Japan's government is planning to waive tourist visa requirements from some countries as part of a further easing of border controls, Fuji News Network reported on Monday. Prime Minister Fumio Kishida may decide as early as this week on the easing, which would also allow travellers to visit Japan without using a travel agency, FNN reported. Japan did not require tourist visas for 68 countries and regions before the pandemic. Source: Investing.com #JapanAirlines