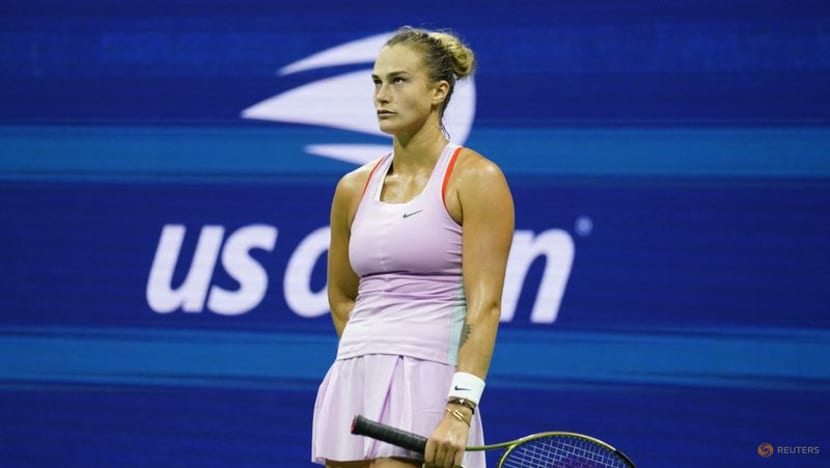 NEW YORK : Aryna Sabalenka was visibly crestfallen after failing to get past a Grand Slam semi-final for the third time in her career on Thursday at the U.S. Open, but despite the heartbreak the Belarusian promised to return stronger the next time. Former world number two Sabalenka, 24, has won 10 titles on the WTA Tour and reached consecutive major semi-finals at Wimbledon and the U.S. Open last year. She lost both of those in three sets and was once again denied by world number one Iga Swiatek 3-6 6-1 6-4 at Flushing Meadows despite twice going up a break of serve in the deciding stanza. "Actually, right now I don't feel that way, but my team keeps telling me that," said Sabalenka, who came to her post-match news conference wearing mirrored sunglasses, when asked if she felt prouder than her previous two semi-final defeats. "I have to be proud of myself, what I have done in the last months, I would say. But I don't feel that way. I feel like in these three semi-finals I had so much opportunities and I didn't use it. "And I guess I'm trying to think that everything happens for a reason, and I guess it just make me really stronger. I guess, like, in the next semi-final, I will be much stronger as a player." With one of the game's most powerful serves and often unmatched from behind the baseline with her forceful groundstrokes, the strongly built Sabalenka can defeat anyone on her day but she often struggles for control. All three defeats in majors this season came after Sabalenka, who was forced to miss Wimbledon due to a ban on Russian and Belarusian players, won the opening set. It was also the fourth time in 2022 that she went down to the 21-year-old Pole. "She was playing aggressively, and I was trying to stay in the game, which was my mistake, I think. I should just go for it," Sabalenka said of Thursday's loss to Swiatek. "I would say the first three games we played this year, it was a different me. It was just like a player who was just trying to survive without serve, without my game. "Today was the real game for me, yeah... Today I had a lot of chances, and I just didn't use it." Source: CNA #Sabalenka