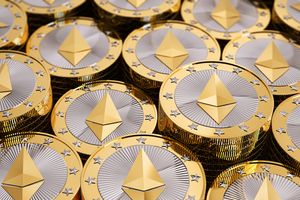 The Ethereum Merge Is Disrupting Crypto Services. What to Know.

Crypto markets linked to EtherETHUSD +3.92% are facing disruption as the blockchain network behind the world’s second-largest cryptocurrency nears the end of a critical upgrade. The final stage of Ethereum’s “Merge” is now about a week away. Expected to finish around Sept. 15, it will change the mechanics of processing transactions from the current “proof of work” system to a method based on “proof of stake,” designed to be far less energy intensive. Among other changes, it will eliminate the process of “mining” Ether tokens. But the next week could be especially rocky for Ethereum’s native token, Ether, and related cryptos. Some decentralized finance (DeFi) trading and lending platforms have imposed limits on Ether borrowing amid a flurry of activity. Exchanges including Coinbase Global (ticker: COIN) have warned users of delays. Coinbase told users Wednesday that during the Merge it would briefly pause deposits and withdrawals of Ether. Also impacted will be ERC-20 tokens, which are used on the Ethereum network as the basis for trading and lending in “smart contracts,” and for creating nonfungible tokens, or NFTS. This pause will also hit transfers on the Optimism and Polygon networks, according to Coinbase, and could take 24 hours to resolve following the Merge. A little disruption is to be expected, given the magnitude of the Merge’s impact on crypto. Ethereum is the largest crypto network after Bitcoin, and it’s extensively used for trading, lending, NFTs, and all sorts of DeFi apps. It also plays a foundational, or Layer 1, role in other blockchain projects and networks, including Polygon and Uniswap. Interest in Ether and related products have boomed in the months leading up to the Merge. The token is up some 50% from June lows while its larger peer, BitcoinBTCUSD +6.61% , has remained largely unchanged. But traders that want to hop on the Ether train may find it difficult to do so while the network undergoes a sea change. Indeed, Coinbase isn’t alone in warning of disruptions. Robinhood Markets HOOD +2.54% (HOOD) announced last week that it would pause withdrawals of Ether as well as six other tokens, including the “memecoin” Shiba InuSHIBUSD +4.60% , during the Merge. Bitfinex, another crypto exchange, said it would similarly halt deposits and withdrawals of Ether and linked tokens. Source: Barrons #Ethereum