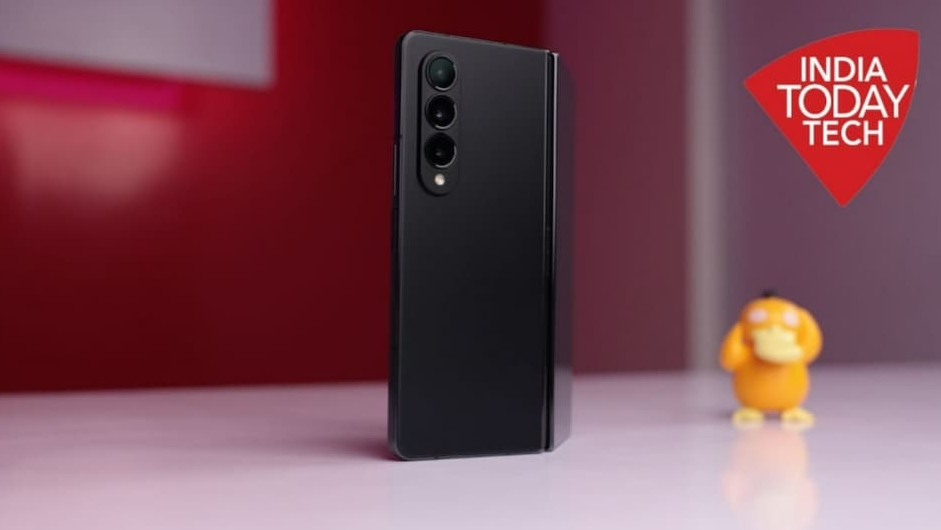 Two of the biggest competitors in the smartphone market Samsung and Apple launched their premium products in the span of a month. While Samsung's foldable series was lauded for its innovative and futuristic design, the Apple iPhone 14's design garnered mixed reactions. Samsung had previously pulled up Apple in a new video ad for not having foldable phones in its line-up, and has now asked users to notify them when Apple launches a foldable phone. The tweet was a clear dig at Apple's lack of innovation in terms of design. Taking a jibe at Apple iPhone 14, the official Twitter account of Samsung US posted, "Let us know when it folds." In another tweet, Samsung did a bit of damage control by praising Apple's boxy design. "Nice. A little boxy, but nice. We prefer a round shape ourselves. Classic." Apple has maintained a dignified silence over Samsung's constant jibes at it for its designs. Apple does not have a foldable phone in the line-up currently, but that clearly does not mean that it won't ever. If industry insiders are to be believed, Apple is developing a foldable device, which may debut somewhere around 2023. Till then, Samsung needs to hold its horse because once the Cupertino-giant launches a foldable phone, Samsung will face stiff competition in the market. The iPhone 14 Pro and the iPhone 14 Pro Max have struck a chord with the netizens, whereas the iPhone 14 has been severely mocked for its similarity with the iPhone 13. Incidentally, not only does the iPhone 14 look like the iPhone 13, it also has the same A15 Bionic chipset, albeit with different core GPUs. iPhone 14 has also got new colours such as the icey blue and the As far as the pricing is concerned, the iPhone 14 is priced the same as the iPhone 13 but has officially lowered the price of the iPhone 13 by almost Rs 10,000. The iPhone 14 also has a plus variant, which starts at Rs 89,900. The iPhone 14 Plus has the largest display on an iPhone. The iPhone 14 pre-orders will start on September 9, as per Apple. The iPhone 14 will be available for purchase starting September 16, and the iPhone 14 Plus will go on sale starting October 7. Source: BusinessToday #Samsung