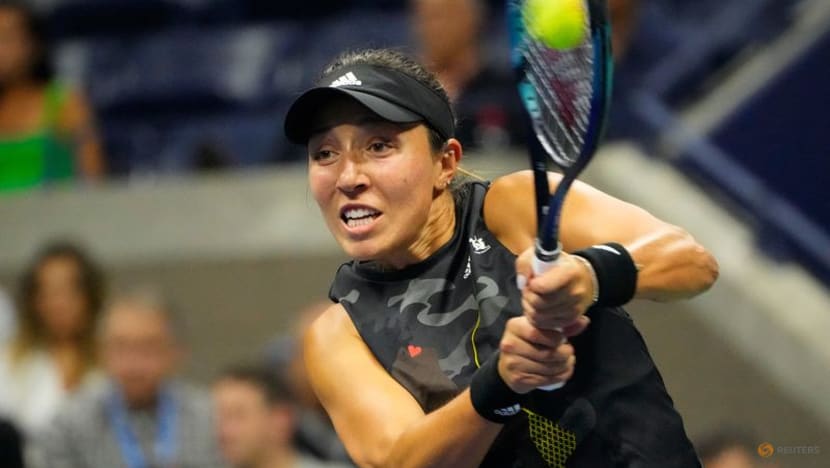 NEW YORK : Jessica Pegula's U.S. Open run was halted by Iga Swiatek on Wednesday, marking the third time this year the American lost in the quarter-finals of a Grand Slam to a world number one. Pegula, 28, reached the last eight of the Australian Open at the start of the year where she went down in straight sets to top-ranked Ash Barty. She then lost at the same stage of the French Open to Swiatek, who had inherited the world number one ranking from Barty following the Australian's retirement. Pegula said her 6-3 7-6(4) defeat by Swiatek on Wednesday "sucks" and that she was unsure if she should be happy with her deep runs at the Grand Slam events. "Honestly, I don't know. I go back and forth. Oh, I should be positive. At the same time I'm like, three quarter-finals," said Pegula, the daughter of billionaire Terry Pegula, who owns the NFL's Buffalo Bills and NHL's Buffalo Sabres. "I wish I could have done it here at my home Slam, but I guess not," Pegula told reporters, sipping from a can of beer. "I wish I didn't have to play Iga every quarter-final or Ash Barty, which seem to be the two people that don't really lose that often." Pegula's defeat ended any hope of an American woman winning the hardcourt Grand Slam in New York and she hoped she would wake up feeling more positive after a night's sleep. "I mean, I had a great year at the Slams. I know there's still some tournaments left. I'm a little deflated right now," she added. "I just wish it would have been different tonight." Source: CNA #Pegula