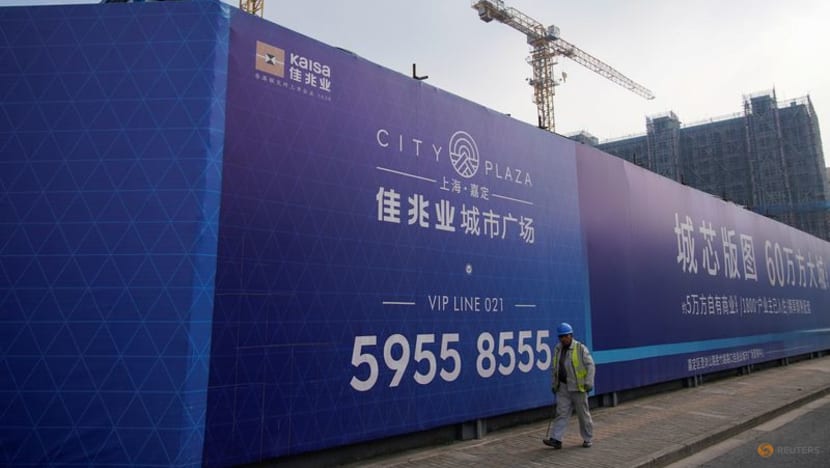 HONG KONG :Chinese property developer Kaisa Group aims to finalise an offshore debt restructuring proposal in the fourth quarter after China's party congress in October, two people with direct knowledge of the matter told Reuters. Kaisa is working to restructure its offshore debt after missing some debt obligations last year. With $12 billion of offshore debt, it is China's largest issuer of offshore debt among developers after China Evergrande Group. Kaisa has been talking to its creditors to put together a restructuring plan since late last year and this will mark the first time the company will put forward a plan to bondholders. The restructuring plan will propose repaying dollar debt principals in instalments, the people said. One of them said that Kaisa planned to propose swapping part of its debt into shares in the company or its development projects. Kaisa plans to kick off negotiation with a group of offshore creditors represented by investment bank Moelis & Company in late September, this person said, in which discussions will focus on a framework for the plan, with most details to be decided later on. "Actual execution won't be until year-end to first quarter next year," the person said. Kaisa declined to comment. Moelis did not respond to request for comment. China's ruling Communist Party will hold its five-yearly congress beginning on Oct. 16, which is seen by some in the property sector as an event that could roll out more supportive measures to avert a housing slump and revive the economy. Such measures could improve the outlook for the sector for creditors and investors. Lazard, adviser to another group of Kaisa bondholders, recently suggested a restructuring proposal to the Shenzhen-based developer that includes 20 per cent haircut and equity injection, the two sources said. Lazard did not immediately respond to request for comment. Lazard had last year represented a bondholder group with an aggregate $5.5 billion of Kaisa's total offshore notes and in November proposed financing options, including $2 billion in new debt to help Kaisa to repay its onshore and offshore debts. But the two sources said Kaisa was not considering the proposed haircut and equity injection plan, as many of the bondholders that Lazard represented have switched to the group advised by Moelis. Kaisa is also more inclined to buy time to give its business a chance to recover via repayment extension, one of the sources said. Source: CNA