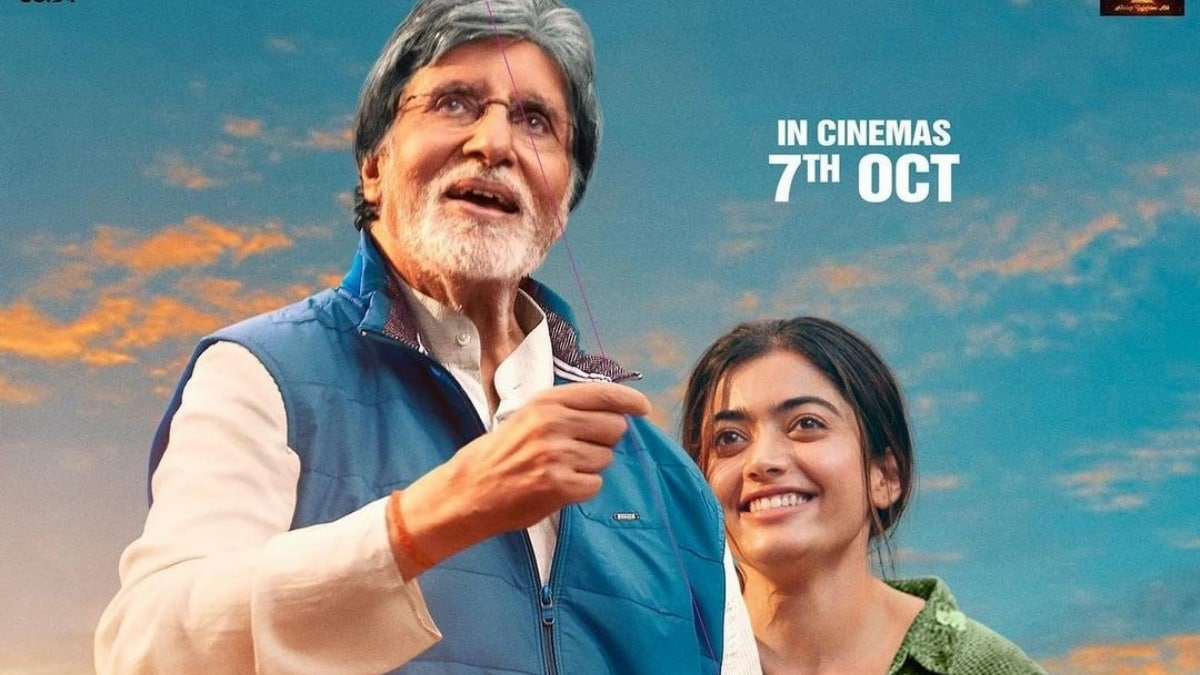 Goodbye: Amitabh Bachchan and Rashmika Mandanna bond as father-daughter in the latest poster

Prepare to be moved by a touching tale about life, family, and relationships, as well as a celebration of life. Goodbye, directed by Vikas Bahl, is a touching account of every Indian family in history. The first poster for the movie shows Amitabh Bachchan and Rashmika Mandanna enjoying life while flying a kite in a touching father-daughter scene. The film will send viewers on a roller-coaster of emotions packed with comedy, warmth, and tears. It also stars Neena Gupta and Pavail Gulati in key parts. Elli AvrRam, Sunil Grover, Sahil Mehta, and Abhishek Khan also have significant parts in the movie. Previously, Rashmika spoke to India Today while she was filming with Big B for Goodbye. The actor had stated during the interview with the publication that Mr. Bachchan had been a total sweetheart; he is a legend and such a lovely person. The megastar made them all feel incredibly at ease. From every rehearsal through the shoot, Bachchan made everything totally fantastic and joyful. For Rashmika, any words to describe him would be insufficient. She also said that it had been wonderful to shoot with him. One gets along pretty well with the other actors when they shoot for a while. This combination results in performances that are genuinely enjoyable. Rashmika is doing that because she has been fortunate enough. People enjoy their performances when they see how at ease they, the director, and everyone else is. It's been insane. Rashmika has Mission Majnu with Sidharth Malhotra in addition to GoodBye. The historically accurate spy thriller, also starring Sidharth Malhotra, is based on a real-life incident. Shantanu Bagchi is the director of the movie, which has already been filmed in Lucknow, and the new release date is yet to be announced. Produced in collaboration with Good Co. by Ektaa R. Kapoor's Balaji Motion Pictures. On October 7, 2022, GoodBye will be released in theatres everywhere. Source: Hindustan Times