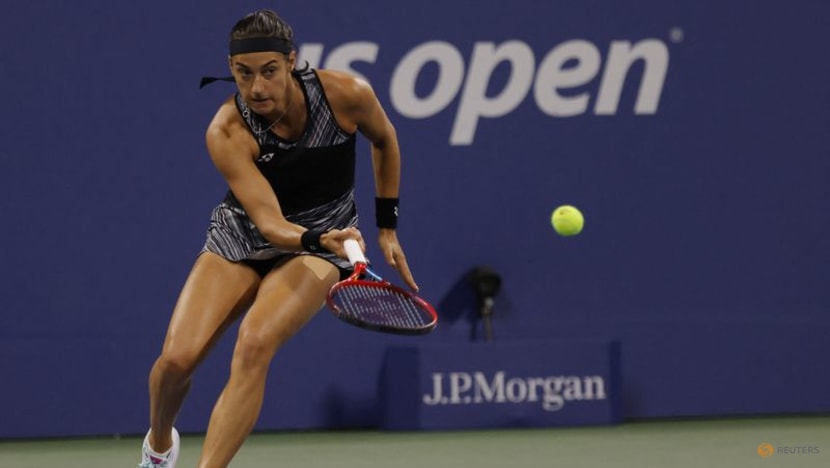 NEW YORK : Caroline Garcia's juggernaut rolled on at the U.S. Open on Friday when the Frenchwoman charged past former champion Bianca Andreescu 6-3 6-2 into the fourth round to underline her status as a serious title contender at the hardcourt major. It was the first time that the 28-year-old made the last 16 stage at the U.S. Open and she peppered the Louis Armstrong Stadium court with 31 winners during her victory over the Canadian, who won the title at Flushing Meadows in 2019. Having arrived in New York after becoming the first qualifier to win the WTA 1000 title at Cincinnati in the lead-up, Garcia has dominated her contests with her aggressive style of play and is yet to drop a set. "When you come to a tournament, you know what's at the end of the two weeks in a Slam," said Garcia, now the world number 17. "I'm trying to do what's working for me to think one match at a time, that's what I'm doing at the beginning of the year, just focus on one match at a time. "It's really tight every day and you have to focus to get another challenge." Next up for Garcia will be a clash against 29th-ranked American Alison Riske-Amritraj and another win will see her reach her first Grand Slam quarter-final since reaching the stage for the first time at the 2017 French Open. Garcia was ranked at a career-high fourth in 2018 but slipped down the ladder due to mixed results and injury problems. Since coming back from a foot injury in May, when she was 79th in the rankings, Garcia has won a WTA 1000 title on hardcourt, a grasscourt event in Bad Homburg and the Warsaw tournament on clay. Source: CNA