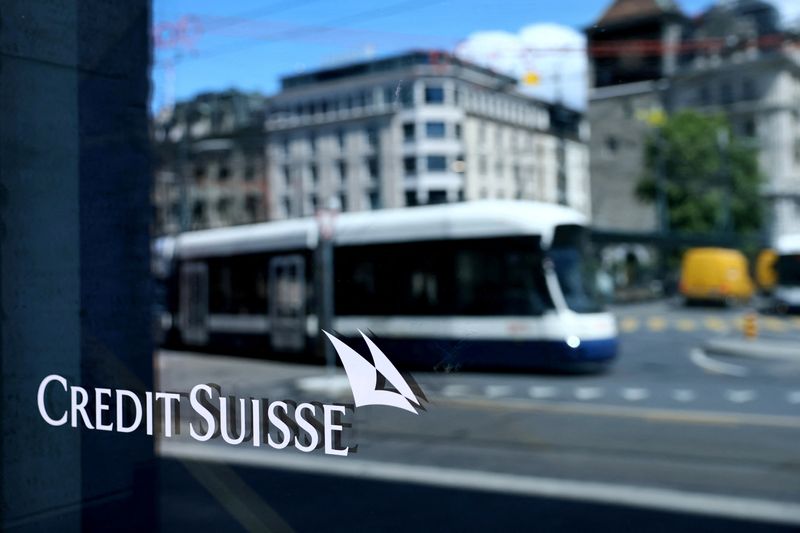 By Oliver Hirt ZURICH (Reuters) - Credit Suisse is considering cutting around 5,000 jobs, about one position in 10, as part of a cost reduction drive at Switzerland's second-biggest bank, a source with direct knowledge of the matter told Reuters. The scale of the potential job cuts underlines the challenge facing Credit Suisse and new chief executive Ulrich Koerner, who is seeking to put the bank back on an even keel after a string of scandals. The bank declined to comment beyond repeating that it would give an update on its strategy review with its third-quarter earnings, saying that any reporting on outcomes was speculative. Credit Suisse has dubbed 2022 a "transition" year with a change of guard, restructuring to curtail risk-taking in investment banking and bulking up wealth management. The Zurich-based bank has dismissed speculation that it could be bought or broken up. The discussions about job cuts are ongoing and the number of reductions could still change, the source said. Swiss newspaper Blick earlier reported that more than 3,000 jobs would be shed. Credit Suisse has already said it will cut costs below 15.5 billion Swiss francs ($15.8 billion) in the medium term, versus an annualised 16.8 billion francs this year. So far, it has not outlined job cuts. Koerner, promoted to CEO just over a month ago, has been given the task of paring back investment banking and cutting more than $1 billion in costs to help the bank recover from a string of setbacks and scandals. His strategic review, the second in less than a year, will evaluate options for the bank, while reaffirming its commitment to serving wealthy customers. The Swiss lender is under increasing pressure to turn around the business and improve its financial resilience. "Cutting cost is the easiest immediate step it can take. But it’s not a strategy," said Andreas Venditti, an analyst with Vontobel. "You can end up in a vicious circle, where jobs are cut, service declines and customers leave." Venditti highlighted another conundrum: "Should restructuring costs, including from job cuts, run into the billions, the bank may also need to raise more capital." Analysts at Deutsche Bank (ETR:DBKGn) estimate that it may need to bolster capital by 4 billion Swiss francs to shore up its buffers and fund the revamp. Source: Investing.com #CreditSuisse