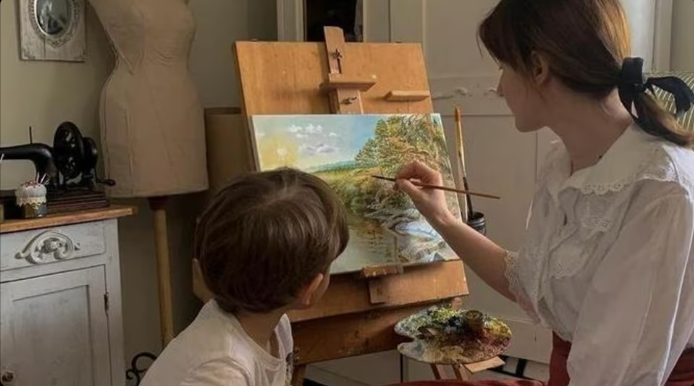 How to foster creativity in children??

Children are naturally curious and imaginative, but as they grow older, they may be stifled by societal expectations, a lack of exposure to new experiences, or a lack of encouragement. It is the responsibility of parents, educators, and caregivers to provide the necessary support and resources for children to tap into their creative potential. Here are some ways to foster creativity in children Encourage them to explore their interests: Children have a natural curiosity and are drawn to things that interest them. Encourage them to explore their passions and interests, whether it's art, music, science, or sports. This will help them develop their talents and skills, which will in turn foster their creativity Provide them with a safe and stimulating environment: A child's environment plays a crucial role in their development. Make sure they have access to a variety of materials and resources that will inspire their imagination and creativity Give them the freedom to express themselves: Encourage children to express themselves through different forms of art such as painting, drawing, writing, and music. This will help them develop their self-expression and communication skills. Source - Hindustan Times