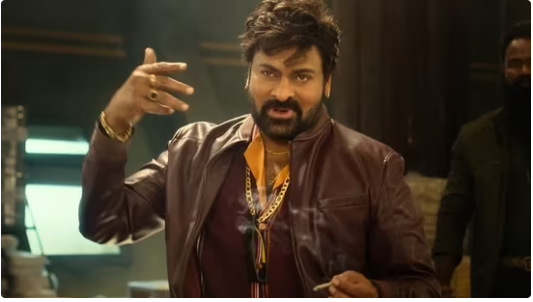 Telugu film Waltair Veerayya continues to be Chiranjeevi’s most successful film since his comeback seven years ago with Khaidi No 150. The film has grossed over ₹200 crore worldwide in just ten days. As per film trade analyst, it is set to become the highest-grossing film in Chiranjeevi’s career. Directed by Bobby Kolli, Waltair Veerayya features Chiranjeevi in the role of a fisherman who helps a local police officer in nabbing an infamous drug peddler, who escapes from police custody and flees to Malaysia. The film also stars Ravi Teja in a key role. The makers took to Twitter to share a poster which confirmed that the film has breached the ₹200 crore club. Reacting to the new milestone, a fan wrote in the comment section, “Sir please do this kind of films. Please don't do remakes. We don't want them! This is the huge result of a straight movie.” “Mega star for a reason, ” added another one. Someone else also went on to call Chiranjeevi as ‘God of masses.’ Source - Hinduatan Times