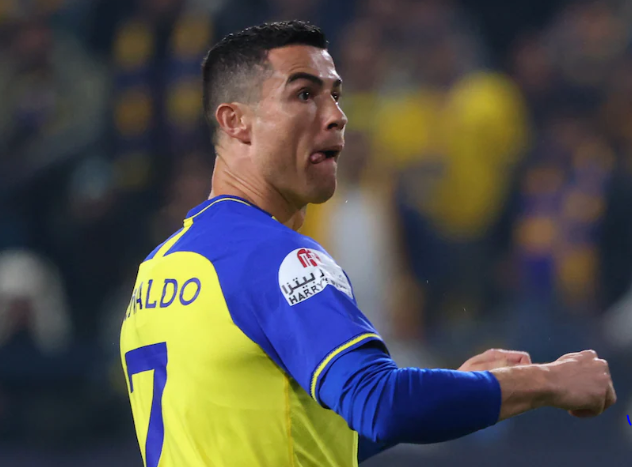 The wait for Cristiano Ronaldo's competitive debut for Al-Nassr ended on Sunday night as the Portuguese forward featured in the starting XI of the Saudi Arabian side against Ettifaq. Though Al-Nassr went on to claim a 1-0 win in the match, Ronaldo couldn't find his name on the scoresheet. The superstar forward came close to providing an assist but his pass wasn't converted by the teammate. Seeing Ronaldo draw blank in the match, fans have flooded social media with memes, targeting the 5-time Ballon d'Or winner. There were a few promising signs for Ronaldo, who joined Al-Nassr in a potential 200 million USD deal. However, Ronaldo's league debut had an anticlimactic feel in front of 22,862 fans after he scored twice in this week's lively 5-4 exhibition defeat to Lionel Messi's Paris Saint-Germain. Source -https://sports.ndtv.com/football/cristiano-ronaldo-draws-blank-on-al-nassr-debut-heres-how-fans-reacted-3715898