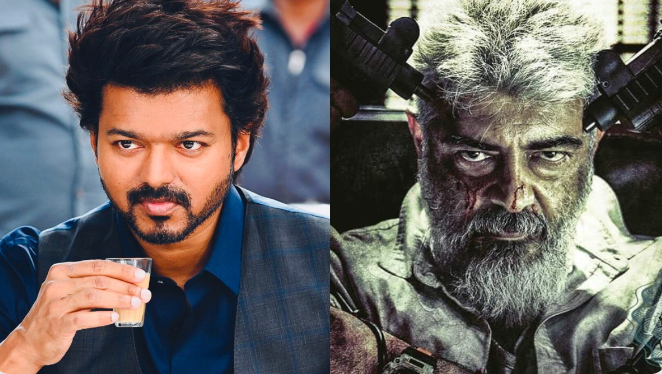 Thalapathy Vijay and Ajith Kumar's Tamil are witnessing a decent dip at ticket windows. Thunivu experienced a significant drop, as it managed to mint only Rs 2.50-3 crore at the box office, taking its total to Rs 94 crore, reported Sacnilk. In the first week of its release, Varisu entered Rs 100 crore club in India and it continues to mint big at the ticket window. Also starring Rashmika Mandanna, Vijay starrer has won millions of hearts. He is forced to take over his father’s empire under some unfavorable circumstances. Manju Warrier, the Malayalam cinema star, essays the female lead, while Samuthirakani, John Kokken, Veeran, Ajay, and GM Sundar appear in crucial roles. Source -https://www.indiatvnews.com/entertainment/regional-cinema/varisu-vs-thunivu-box-office-collections-day-9-vijay-leads-against-ajith-south-films-despite-drop-2023-01-20-840686