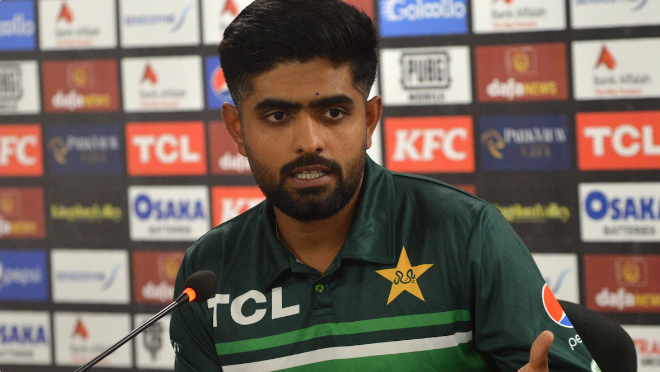 Pakistan cricket team captain Babar Azam has been the central talking point in the cricketing spectrum over his recent performances. The screenshots of the alleged chats and private videos have reportedly been 'leaked', leading to a storm on social media, with some even claiming that Babar has been 'sexting' with the girlfriend of another Pakistani cricketer. https://t.co/G7ys6CBh4o — Sachin Dalvi (@SachInOut) January 16, 2023 someone leaked Pakistan Captain@BabarAzam Private Videos and Pics now #BabarAzam Turned off their comments #StayStrongBabarAzam pic.twitter.com/vkJOtHyJBi — Noor (@Noor2k20) January 15, 2023 What's the fuss about Babar Azam's picture? Babar wrote: "Doesn't take too much to be happy", with a picture of himself. During that time, I kept asking him to get married but he said 'we are not in a position to. Source - NDTV