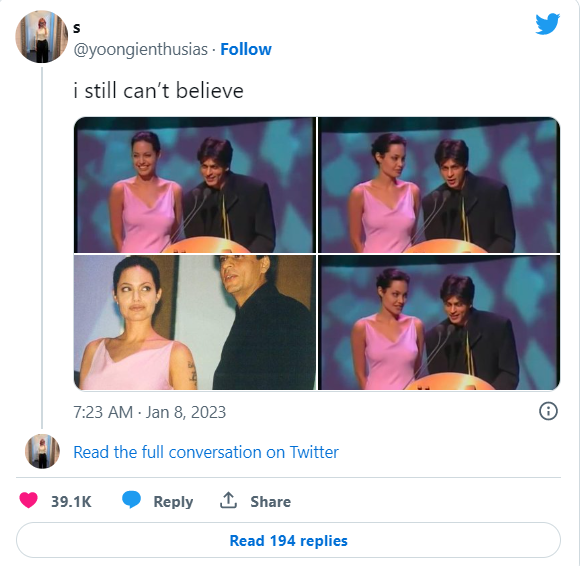 Old pictures of Shah Rukh Khan sharing the stage with Angelina Jolie at an award function have surfaced online and are expectedly going viral all over social media. Shared on Twitter, the pictures have caused quite a stir. While some had no idea about the two global icons ever sharing a stage, others were in awe of how ethereal they looked together. Several videos from the event shared online show Khan and Jolie walking onto the stage to present the award to actor Aishwarya Rai Bachchan for her stellar performance in the 1999 film Hum Dil De Chuke Sanam. Many also took to the comments section to post their thoughts. Here’s how tweeple reacted to photos of SRK and Angelina Jolie sharing the stage at the IIFA Awards: “WTH, why am I seeing this for the first time today?” Source - Hindustan Times