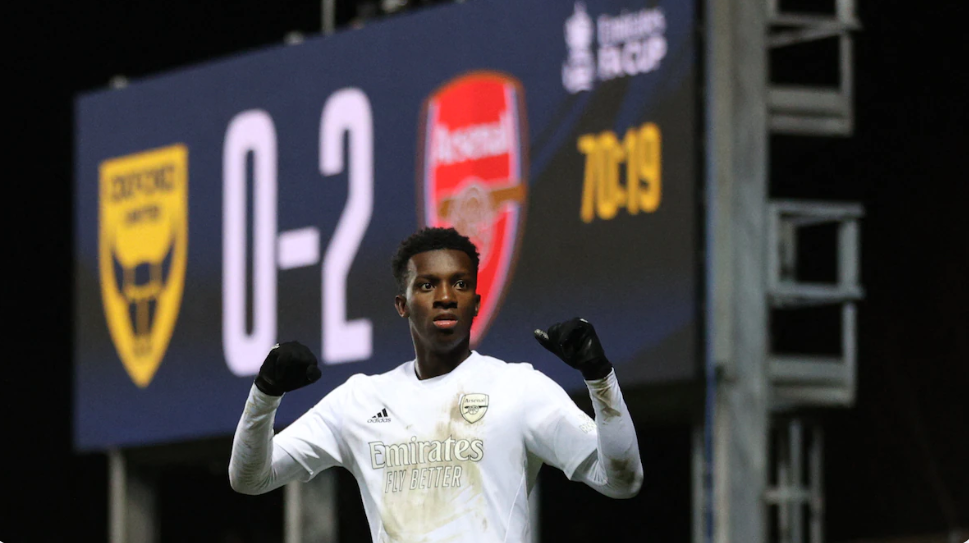 Eddie Nketiah scored twice as Arsenal set up an FA Cup fourth-round clash away to Manchester City after seeing off third-tier Oxford United 3-0 on Monday. Mohamed Elneny's header opened the floodgates at the Kassam Stadium after the Premier League leaders failed to make the breakthrough for over an hour. "We had to up the level as it wasn't good enough from us in the first half and I think we did that in the second," said Nketiah. Sponsored by Vuukle Fabio Vieira was one of those not commonly in Arteta's starting line-up given a chance to shine and the Portuguese made his mark after the break with two assists. Saka was then replaced after receiving treatment in concerning scenes for Arsenal, but there was some solace in the return of Emile Smith Rowe for the first time since September. Featured Video Of The Day Rishabh Pant To Undergo Surgery For Ligament Tears, Will Be Monitored By BCCI Medical Team Source - NDTV