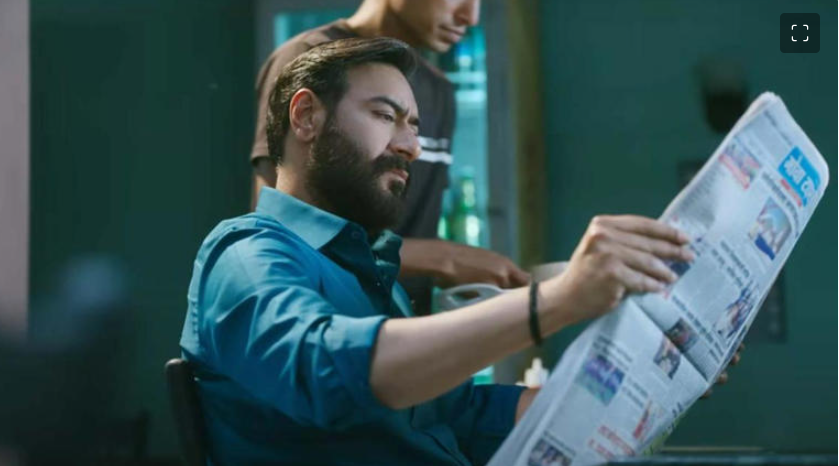 Ajay Devgn's thriller Drishyam 2 has been ruling the box office ever since it released on November 18. The film, directed by Abhishek Pathak, continues to keep a strong hold despite several new releases in the theatres. Drishyam 2 had collected Rs 100 crore within a week at the box office! And now, it has also entered the Rs 200-crore club. On Sunday, December 11, the film's numbers saw a jump again. Drishyam 2, starring Ajay Devgn, Tabu and Akshaye Khanna, is also competing with Varun Dhawan's Bhediya, Ayushmann Khurrana's An Action Hero and Kajol's Salaam Venky. Drishyam is an emotional thriller that deals with the story of a cable operator, Vijay Salgaonkar (Ajay), whose life revolves around cinema and his family; wife Nandini (Shriya Saran) and daughters Anju and Anu. Tabu plays the role of IG Meera Deshmukh in the film. In Drishyam, Ajay played Vijay Salgaonkar, who protects his family at all costs after his daughter accidentally kills a boy. After disposing of the boy's body, Vijay removes all traces of proof and then takes a family trip to Panaji. They visit an Ashram, watch a film, and eat at a restaurant, creating their alibis. Drishyam is the Hindi remake of hit Malayalam flick of the same name, which was helmed by National-Award-winning director Nishikant Kamat. Drishyam 2, directed by Abhishek Pathak, follows the story after that. Source - India Today