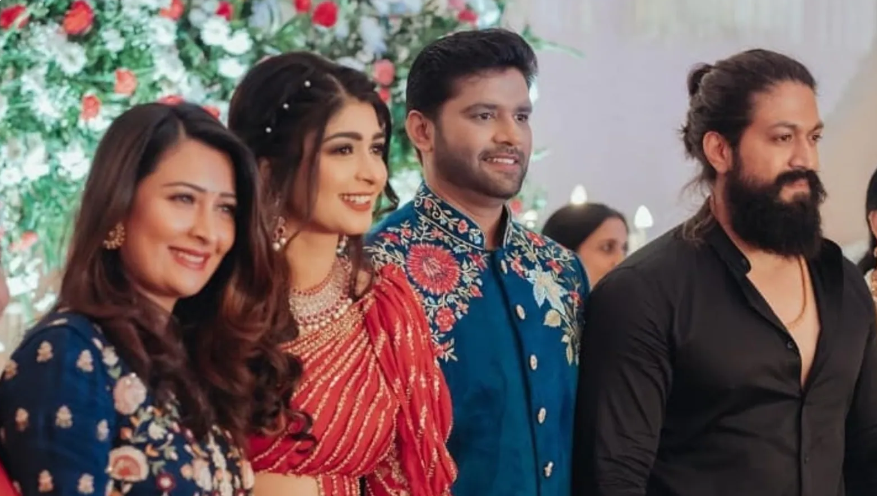 Actor Yash along with his wife Radhika Pandit attended the wedding reception of Kannada actor Aditi Prabhudeva. Pictures and videos of Yash from the reception on Sunday have surfaced on social media. Amid several rumours about his next film, he’s been spending quality time with his family. Yash attended the wedding reception of Aditi Prabhudeva with his wife among other celebrities. Reportedly, Aditi and Radhika have known each other for quite some time. Even though my parents have never forced me to get married, they have been on the lookout for a match for me. Source - Hindustan Times