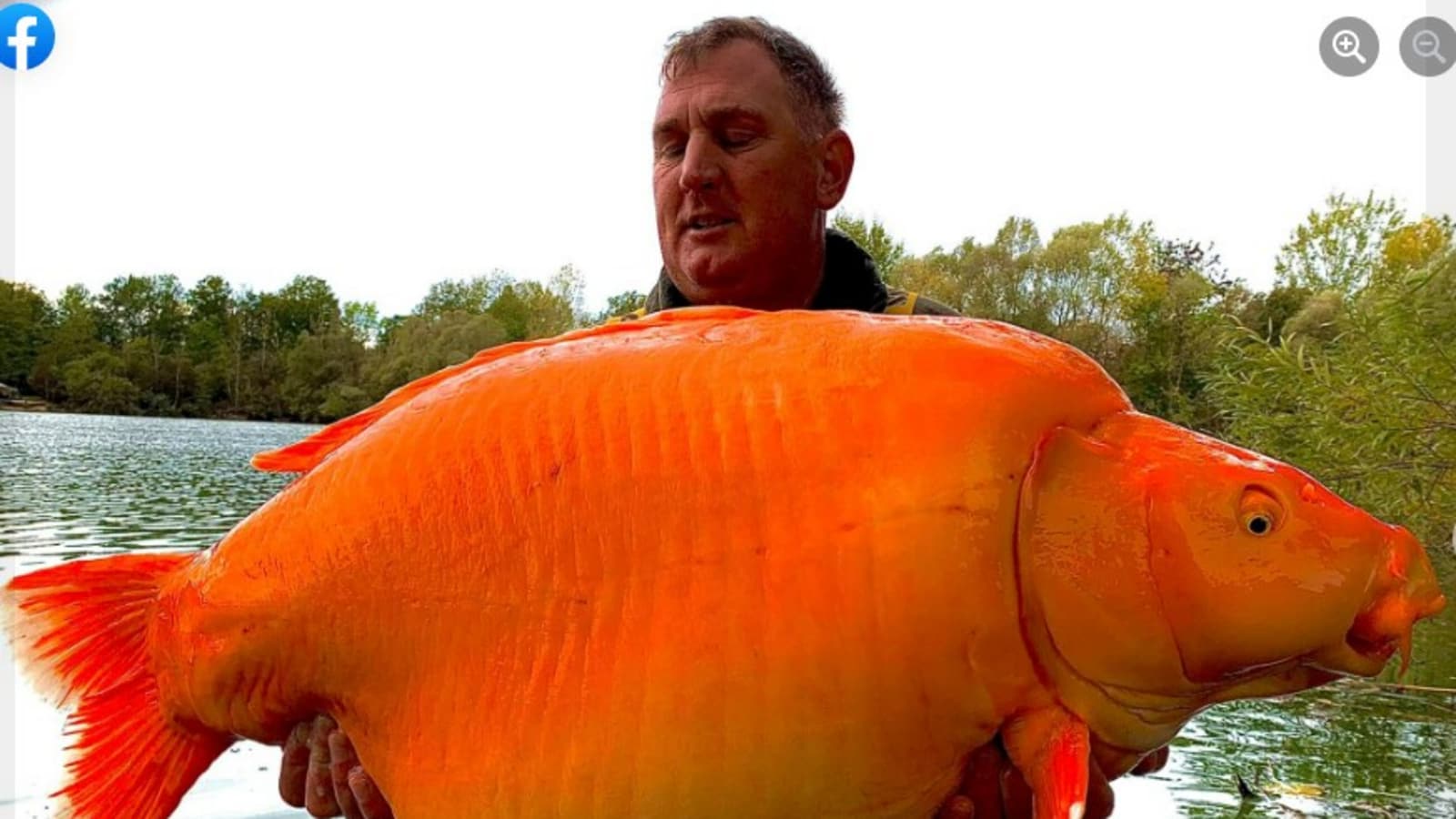 Goldfishes are generally known to be small fishes. In a recent turn of events, a British angler caught a massive goldfish in France. The enormous orange specimen, nicknamed The Carrot, was 67 lbs. The fish is a cross between the typically orange leather carp and the koi carp. The post's caption read, "CARROT weighing in @67.4lbs!! A second person said, "I have seen it jump a few times when I've been there but didn't realise the size of it. Source: Hindustan Times #Goldfish