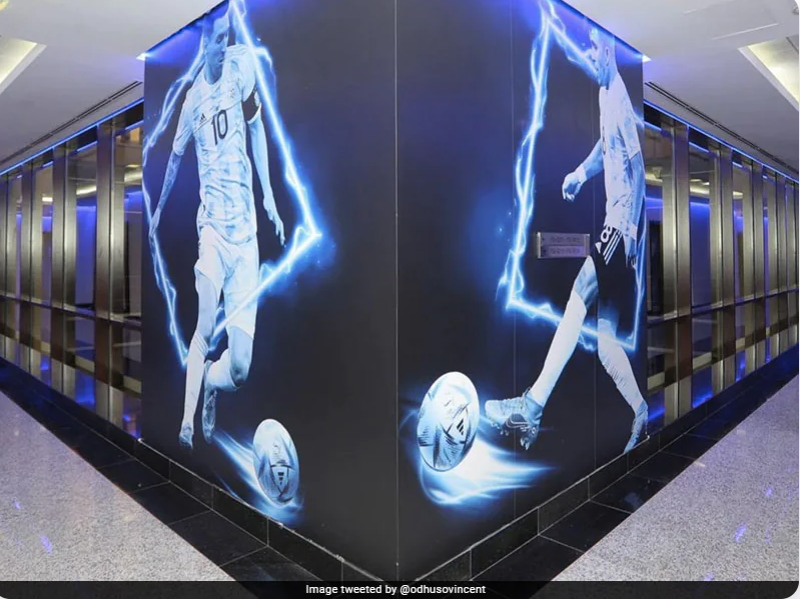 This Is Where Lionel Messi And Argentina Stars Will Stay During FIFA World Cup. See Pics

In a bid to win their third title, Argentina will open their FIFA World Cup campaign against Saudi Arabia on Tuesday, November 22 at the Lusail Stadium. Argentina thrashed the United Arab Emirates 5-0 in a friendly in Dubai, earlier this week, before flying to Doha for the World Cup. Inside Argentina's rented hotel in Quatar for the world cup pic.twitter.com/2LDiEfOJCc — V.I.N.N.Y (@odhusovincent) November 18, 2022 The Lionel Messi-led Argentinian team will be staying at a student's dorm in the Qatar University, having reportedly rejected a five-star accommodation in the Gulf country. A barbecue station has already been installed in the hallway of the student's dorm. "We want to make them feel at home while they are in Qatar and the best way to do this is to make sure that they get a taste of home while focusing on the football." Featured Video Of The Day 'No Selector Removed In Past Just Because Team Didn't Perform': Sr. Source - NDTV #football #lionelmessi