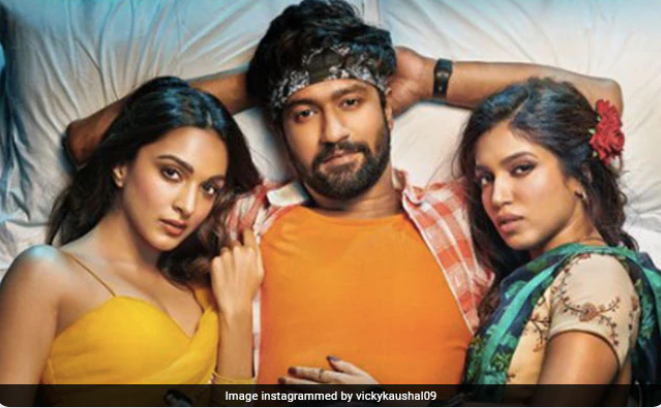 Vicky Kaushal is back to entertain us in a never-seen-before avatar with his next film, Govinda Naam Mera. The movie that is touted to be a comedy will skip theatres and have a direct-to-OTT release. Now, the release date of the movie on the streaming platform DisneyPlus Hotstar has been announced by Karan Johar along with character posters of the three lead actors Vicky Kaushal, Bhumi Pednekar and Kiara Advani. Meanwhile, Bhumi Pednekar and Kiara Advani's posters do not have their character names but instead focus on who they are in Govinda's life. Kiara, dressed in a fun printed co-ord set, is all smiles on the poster. Source - NDTV #vickykaushal