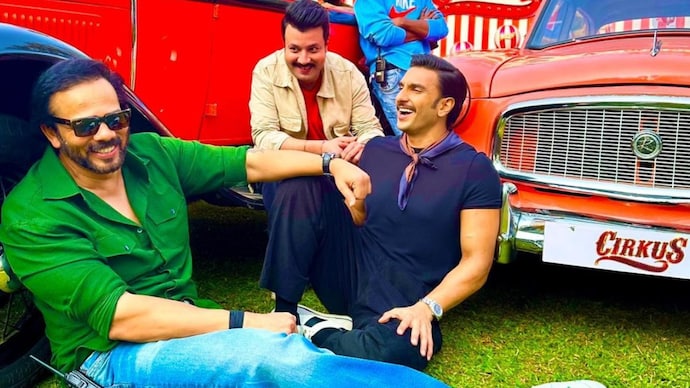 Bollywood star Ranveer Singh on Wednesday said he has completed the shoot for filmmaker Rohit Shetty's upcoming feature 'Cirkus'. The 37-year-old actor announced the family entertainer's filming wrap on his Instagram page. "Shooting khatam, Promotion ki planning shuru! Here is the post shared by the actor on his Instagram page: Singh is collaborating with Shetty for the third time after blockbusters 'Simmba' (2018) and last year's 'Sooryavanshi'. The film is based on William Shakespeare's classic play "The Comedy of Errors", which revolves around two sets of identical twins, who were accidentally separated at birth. It is produced by Rohit Shetty Picturez and presented by T-Series. Source: Zeenews #RanveerSingh #RohitShetty #Cirkus