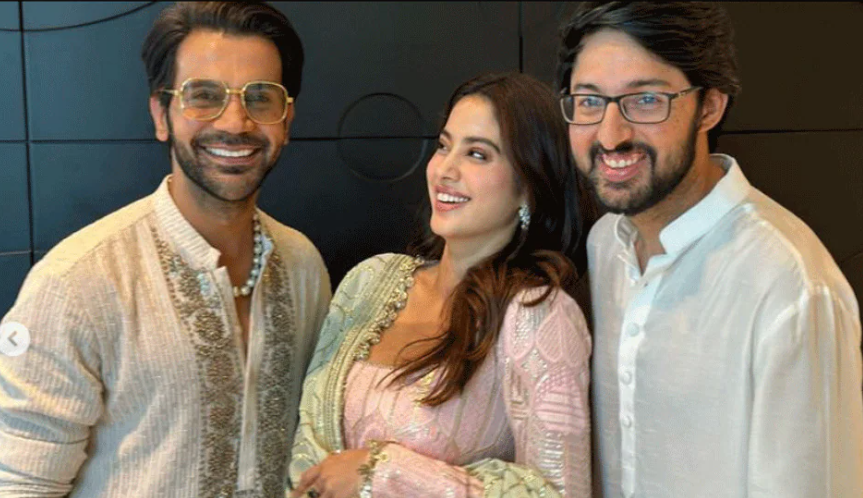 Bollywood actor Janhvi Kapoor, on Friday, shared a glimpse from the sets of her upcoming sports drama film 'Mr and Mrs Mahi'. Taking to Instagram, Janhvi shared a picture which she captioned, "Hard at work dnd @rajkumma_rao Mr and Mrs Mahi." In the picture, the 'Trapped' actor could be seen taking a nap while sitting on a sofa. Helmed by Sharan Sharma, and produced by Karan Johar the film marks Janhvi and Rajkummar's second on-screen collaboration after their horror comedy film 'Roohi'. The film was slated to hit the theatres on October 7, 2022, but the shooting of the project is still not over. Source: ZeeNews #JanhviKapoor #RajkummarRao #MrandMrsMahi