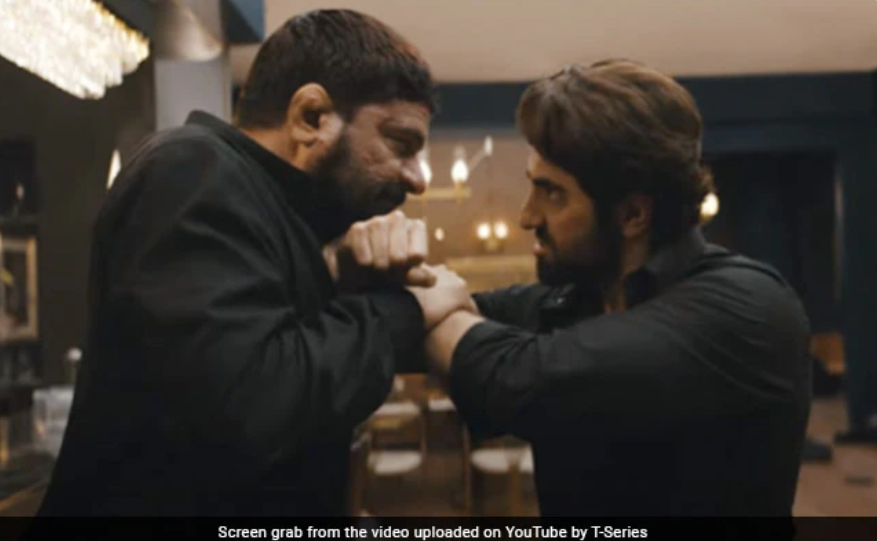 The makers of Ayushmann Khurrana and Jaideep Ahlawat's An Action Heroreleased the film's trailer on Friday. The over-two-minute long trailer video gives us a glimpse of Ayushmann Khurrana as the reel-life action hero, who gets caught in an action scene in his real life and is chased by Jaideep Ahlawat throughout. Ayushmann, in the film, cannot recognise people throughout his journey including Jaideep, and this brings in a few comic scenes to the film. Ayushmann says, "Mai ek hero tha, do life jee raha tha, ek reel life aur ek real life, usne aake dono ke beech ka dhaaga kheech diya." I was a hero with two lives, a reel life and a real life. The film is set to hit the theaters on December 2. Source - NDTV #bollywood #movies #ayushmannkhurrana