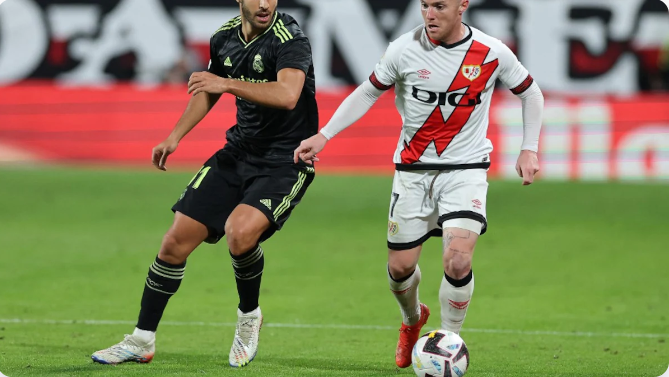 Real Madrid lost their first La Liga game of the season, going down 2-3 in a battle at city-rivals Rayo Vallecano on Monday to leave Barcelona two points clear at the top. Rayo took an early lead in a see-saw game before Real rallied to 2-1 ahead. Santiago Comesana put the home side ahead to raucous scenes after just five minutes before two goals in the space of four minutes turned the match Madrid's way. In a bad tempered and hotly-disputed game Real's Belgian goalkeeper Thibaut Courtois saved a penalty from Trejo on 67 minutes but was adjudged to have moved early. "I'm upset by this defeat, not with the players, we have done better than ever in this first part of the season," said Ancelotti. Source - NDTV