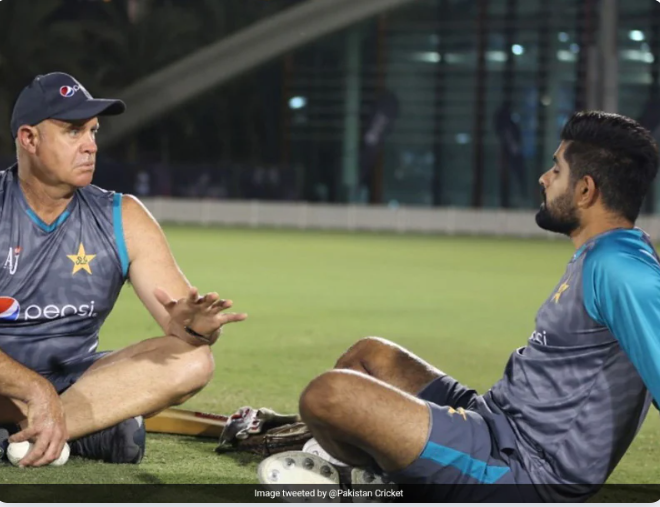 "About To See Something Very Special From Babar Azam": Matthew Hayden's Warning To Pakistan's Rivals

Pakistan team mentor Matthew Hayden has backed his under-fire skipper Babar Azam to produce "something special" in the knockout stages of the T20 World Cup. The fourth-highest run-scorer in T20Is since the last World Cup, Babar has failed to fire in the ongoing showpiece, with a 33-ball 25 against Bangladesh being his best in the last five matches. "... "There's got to be moments in time where there's a lull. "It has been a rollercoaster ride but I wouldn't have it any other way, because the last World Cup we went into the semi-final undefeated, and Australia pipped us," Hayden said. " "Great story, really significant story of any World Cup. "I think New Zealand had some really destructive players, you can be put under pressure with the bat...They've also got a terrific bowling attack, a well-balanced bowling attack. Source - NDTV