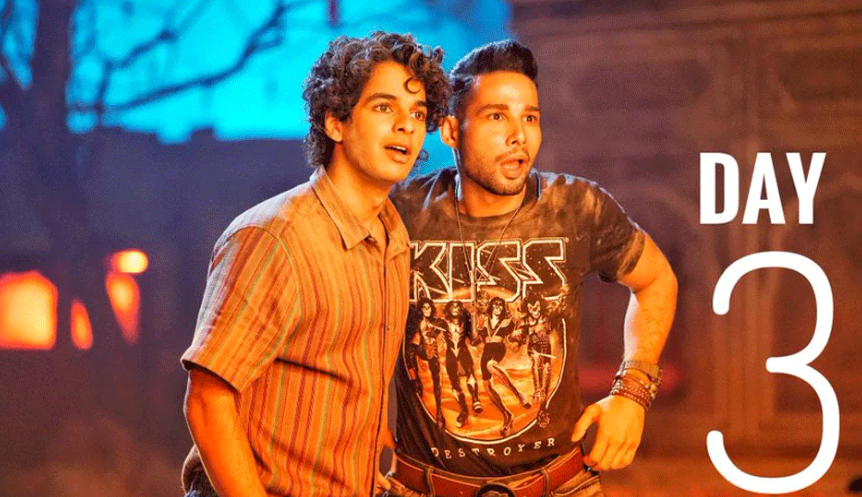 Horror-comedy 'Phone Bhoot' starring Katrina Kaif, Ishaan Khatter, and Siddhant Chaturvedi, which was released on November 4, on Sunday witnessed a slight increase in the business. Going by the critics, the film has failed to deliver any magic on the ticket counter and collected barely around Rs 2 crore on its opening day, which is a shockingly low figure for a Katrina Kaif-starrer. Taran Adarsh shared the latest collections of the film writing, "#PhoneBhoot struggles… Biz did improve on days 2 and 3, but the 3-day total is below the mark… Contribution from metros mainly, mass pockets remain dull… Weekdays crucial… Fri 2.05 cr, Sat 2.75 cr, Sun 3.05 cr. However, their plans go downhill as the eerie ghost reveals her plan. The film has been directed by Gurmmeet Singh and produced by Farhan Akhtar and Ritesh Sidhwani under the banner of Excel Entertainment. The film has received mixed reviews from critics. Source: Zeenews #KatrinaKaif #horrorcomedy #PhoneBhoot