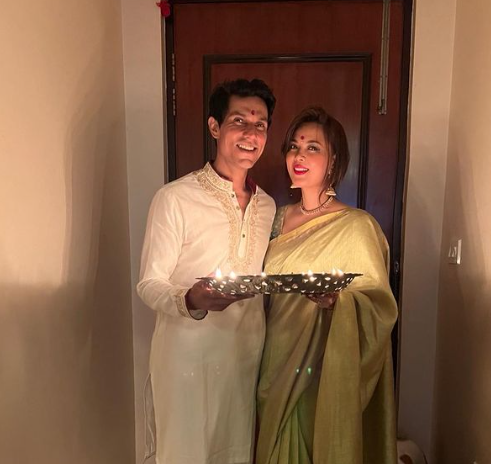 Bollywood actor Randeep Hooda recently took to his social media account and shared some pictures wishing his fans on the occasion of Diwali, but what got the most attention was his picture with his rumored girlfriend Lin Laishram. In the picture, both looked beautiful holding Diyas in their hands. Randeep Hooda has been part of the Bollywood industry for more than a decade now and has delivered hits like 'Sarbjit' and 'Kick' among others, but has remained quite reserved in terms of his personal or love life. With these posts now circulating on social media platforms, many have started asking the question if the actor has made his relationship official with the actress. It includes names such as Shah Rukh Khan starrer 'Om shanti Om' and the recently released series 'Modern Love'. It includes names such as 'CAT', 'Anari is Back' and 'Kick 2' among others. Source: Zeenews #RandeepHooda