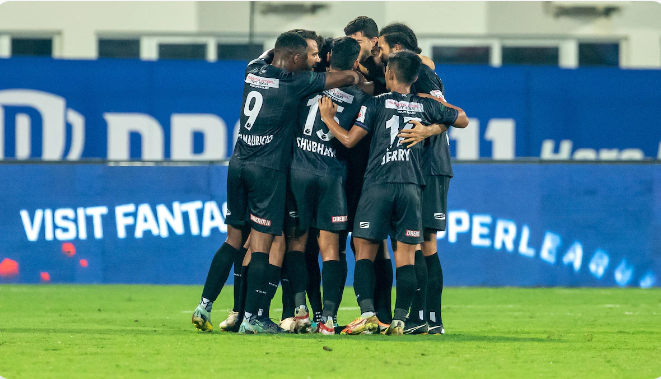 Odisha FC picked up their second consecutive win at home as they pipped Bengaluru FC 1-0 to move to the top of the Indian Super League (ISL) table with nine points on Thursday. Simon Grayson changed the Blues' starting formation for the first time in the ISL this season. Alan Costa and Javier Hernandez were replaced by Leon Augustine and Roy Krishna as Bengaluru FC switched to a four-man defence. Sahil Panwar's corner was cleared, but only as far as Sekar. The striker bagged his second ISL goal in style with a venomous strike from 26 yards out. Defender Alan Costa, who scored a headed goal in BFC's only win of the season so far, came on seven minutes from time to play alongside Krishna. Source - NDTV #football #india