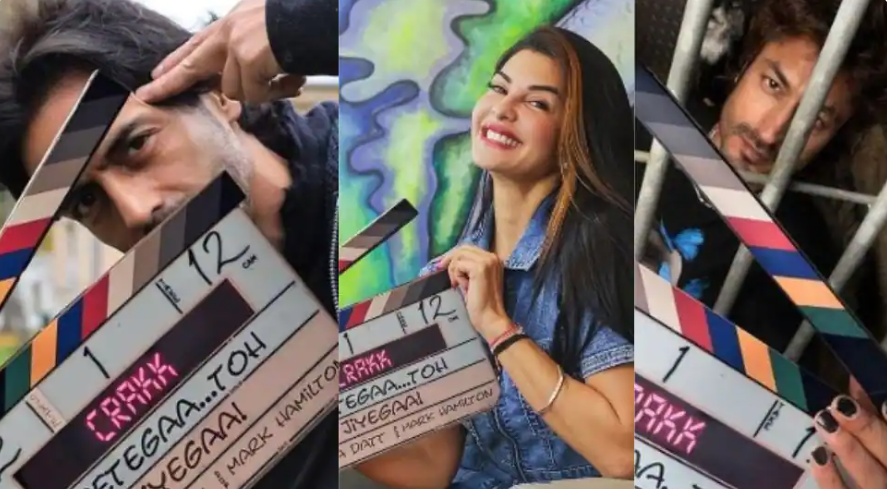 New Delhi: Vidyut Jammwal, Jacqueline Fernandez and Arjun Rampal are all set for their upcoming sports action film `Crakk`. In the first picture, Jacqueline was seen posing with the clapboard with the film title. The last picture features the director of the film. This changing scenario has confirmed that there are no limits but only plateaus and we must not stay there. `Crakk` is a script I have been working from the last 4 years, to up the game and challenge oneself, by narrating a story that has sports, gaming, action, drama, and thrill." Source: Zeenews #Crakk