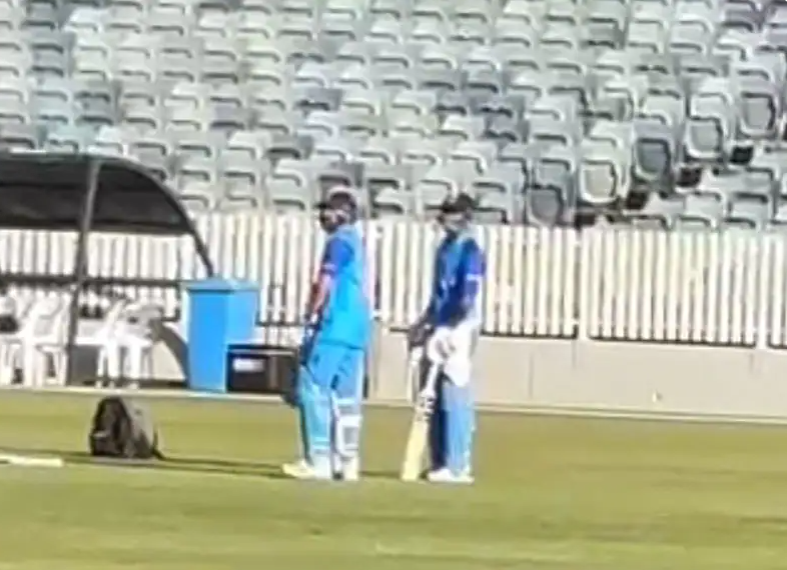 India captain Rohit Sharma gave the second practice match against Western Australia a miss on Thursday but continued to put more work under his belt in the a practice session. In a video that has been shared on social media, Rohit could be seen take an aggressive route and smashing the bowler. The Hitman hasn't been in the best of form in Team India's recent outings when it comes to T20Is but looks determined to gain some momentum ahead before the T20 World Cup 2022 begins. Captain Rohit Sharma in full show in the practice session. Instead, he allowed the likes of Rishabh Pant, KL Rahul, Deepak Hooda, Dinesh Karthik, etc. Both Kohli and Rohit refrained from testing themselves against Wester Australian bowlers in the second match but were spotting playing some lusty shots in a practice session later. Source - NDTV #cricket #india #t20worldcup