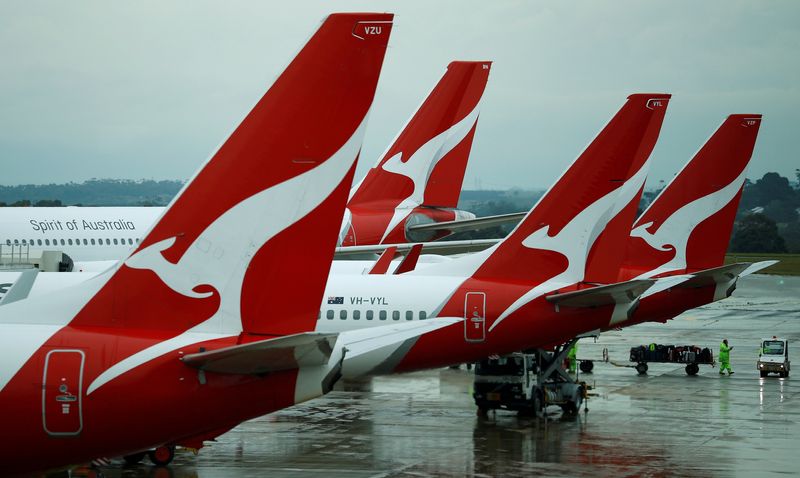 Qantas aircraft are seen on the tarmac at Melbourne International Airport in Melbourne, Australia, November 6, 2018. Qantas saw shares surge 9% for the day after it revealed results in the first half ending Dec. 31 would reach as much as A$1.3 billion ($815.75 million), more than double market expectations, with consumers willing to pay higher fares despite rising inflation and interest rates. "Given the supply-demand imbalance, air fares and yields have been very high, leading to a return of profitability for those airlines that have been able to bring back a significant amount of capacity," Singapore-based independent analyst Brendan Sobie said. Hong Kong's Cathay Pacific Airways (OTC: ) Ltd, which parked much of its fleet in the desert during the pandemic because of a lack of demand, is struggling to hire enough staff and bring planes back quickly as rules ease. Other Southeast Asian carriers like Garuda Indonesia and Thai Airways International PCL have slashed the size of their fleets as they restructure debt, making it harder to grow in line with rebounding demand. Source: Investing.com #Qantas