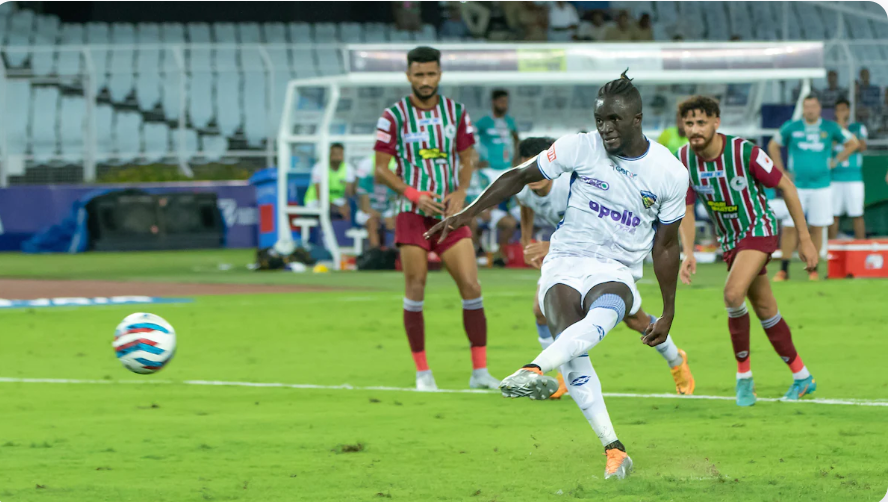 Goalkeeper Vishal Kaith's indiscretion and a poor defensive organisation during counter-attack cost ATK Mohun Bagan dearly as Chennaiyin FC rallied from a goal down to beat hosts 2-1 in the opening Indian Super League encounter between the two teams, in Kolkata on Monday. However Bagan started the match in a positive fashion as Manvir, who has fallen out of favour with national coach Igor Stimac, played a one-two with Dimitri Petratos before slotting it past Chennaiyin goalie Debjit Majumdar. But in the second half, once Kwame was introduced, things changed rapidly for Chennnaiyin as there was more thrust in the attack. One such move in the 63rd minute saw Kwame within a striking distance of goal but goalie Kaith's rough challenge got Chennaiyin a deserving spot kick which the Ghanaian himself converted. While Bagan did keep attacking, there was distinct lack of penetration in the attacking third but against the run-of-play, Chennaiyin hit on the counter. Bagan had a chance during dying moments when substitute Liston Colaco's curling free-kick from the edge of the 18-yard box was brilliantly saved by a diving Debjit. Source - NDTV #sports #football