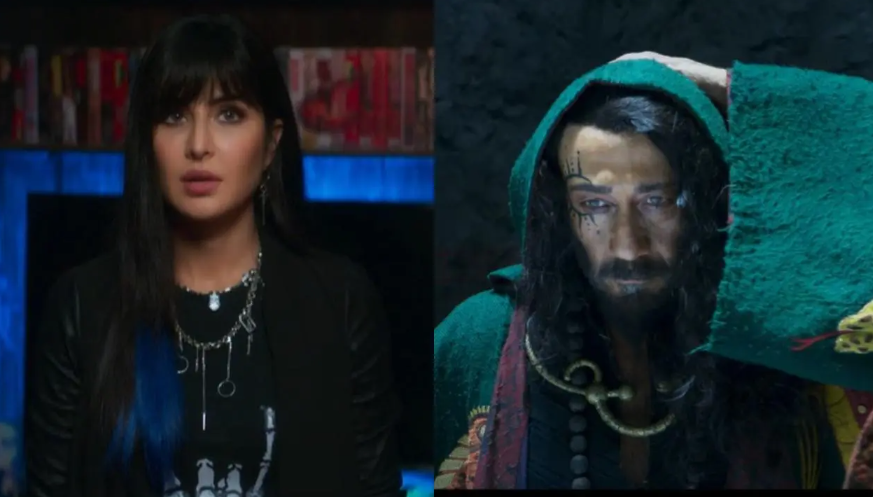 Having seen the trailer we can see that the film is going to be a crazy fun adventure that takes pop culture and film situations and turns them on its head to create a quirky world of ghosts and gags Still from Phone Bhoot Ever since the audience saw the first poster of Katrina Kaif, Siddhant Chaturvedi, and Ishaan starrer 'Phone Bhoot' the audience is eagerly waiting to get more glimpses of the film. While the film has been in talks for its interesting genre of comedy of horrors that it is about to bring for the audience, it has also kept the audience's attention for witnessing Katrina Kaif coming as the prettiest Ghost for the first time. The tone of the film is interactive, with characters breaking the fourth wall and immersing the audience in banter and adventure. At its core, it’s a story of good vs evil. The film is all set to be released on 4th November 2022. Source: Mid-Day #PhoneBhoot