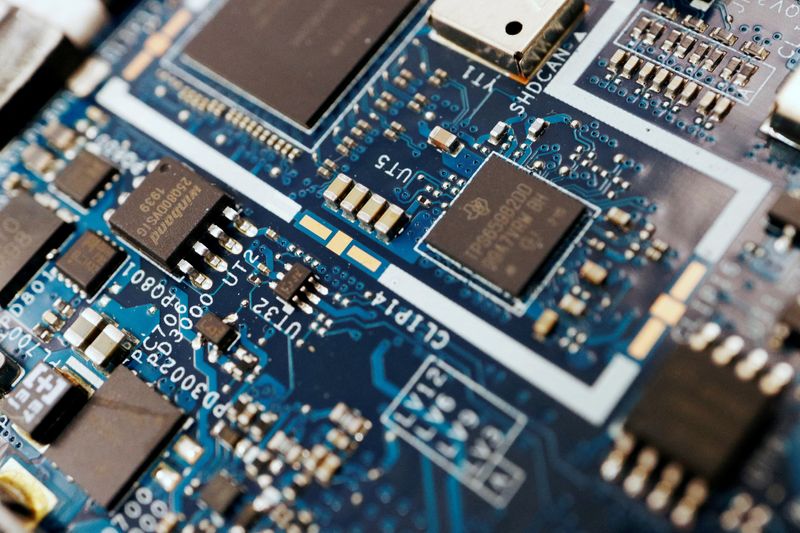 Semiconductor chips are seen on a circuit board of a computer in this illustration picture taken February 25, 2022. The Biden administration published a sweeping set of export controls on Friday, including a measure to cut China off from certain semiconductors made anywhere in the world with U.S. equipment. "The measures will hobble the Chinese chip sector and will scupper numerous growth plans and potentially set back innovation in both the East and the West,” said Danni Hewson, an analyst at AJ Bell. SUPERCOMPUTERS, DATA CENTERS The rules also include blocking shipments of a broad array of chips for use in Chinese supercomputing systems which can be used to develop nuclear weapons and other military technologies. An index measuring China's semiconductor firms tumbled nearly 7%, and Shanghai's tech-focused board STAR Market declined 4.5%. Analysts expect the impact on TSMC, the world's top contract chipmaker, to be limited as most of its advanced chip orders comes from U.S.-based customers such as Apple (NASDAQ: ) and Qualcomm (NASDAQ: ), although it generates around 10-12% of its revenue from China. Source: Investing.com #China